The Tacoma Rainiers is the Triple AAA Affiliate of the Seattle Mariners Professional Baseball Club, and a member of the Pacific Coast Minors League. The Rainiers play their home games at Cheney Stadium, just 26 miles south of the Mariner’s at Safeco Field in Seattle. 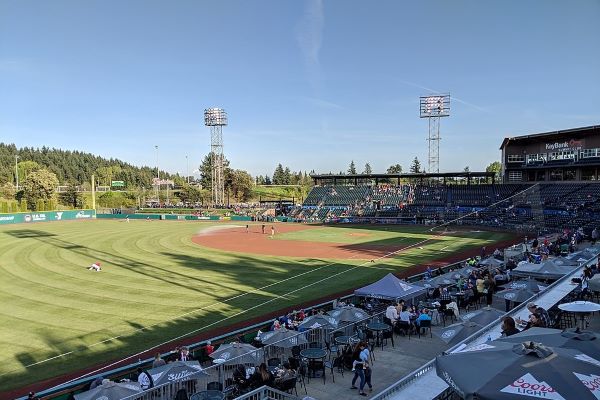 About the Tacoma Rainiers

Following a three-year effort begun in 1957 by Tacoma businessmen Ben Cheney and Clay Huntington, the San Francisco Giants agreed in the fall of 1959 to relocate their Triple-A club Phoenix Giants to Tacoma, provided the city construct a new stadium in time for the beginning of the 1960 season. And so, in 1960 the Phoenix Giants moved to Tacoma and became the Tacoma Giants, the first team to play at brand-new Cheney Stadium.

In 1965, the Giants decided to move the team back to Phoenix. However, the Chicago Cubs moved their affiliate, the Salt Lake Bees, to Tacoma and renamed the team the Tacoma Cubs, which lasted for six seasons.

Since 1995, The Tacoma Triple-A team has been associated with the Seattle Mariners. Tacoma adopted the Rainiers name in tribute to the Seattle Rainiers minor league teams that played in Seattle in the PCL, from 1938 to 1964 and again from 1972 to 1976.

In 2011, Cheney Stadium underwent a historic renovation, which set the seating capacity at 6,500. Every addition was built using local materials, with Tacoma and the Pacific Northwest in mind. Cheney now features amenities that include luxury suites, a club/restaurant, club seats closer than any other seat in any other ballpark across the nation, double the number of concessions, more ADA seating and better ADA access, and a grass berm located along right field. What has not changed are the views fans have grown accustomed to over the last five decades of Cheney Stadium. The ballpark’s grandstand is still the same one constructed more than five decades ago with the steep pitch that makes every seat in the house a great one.

In March 2015, the Tacoma Rainiers announced a set of new logo marks, an updated version of the team’s primary script logo and the standalone “R” logo secondary mark. In addition to new logos, a new look was given to the club’s home alternate, away, and batting practice uniforms. A red alternate jersey, worn with a new red hat, was added to the rotation of uniform sets. The club’s new road uniform was modeled after the Tacoma Giants uniforms of the 1960s with a gray color scheme and block letters on the front. The final addition to the uniform set was a new batting practice cap, adorned with a mountain outline and a climbing axe with a baseball bat handle.

The start of the 2021 Triple-A West season has been delayed by Major League Baseball until Thursday, May 6.

How to  save on Tacoma Rainier home games