Join BIMA for a free screening of the documentary film, Alice Street, with a presentation and Q&A by film makers Spencer Wilkinson, and artist Desi Mundo. Alice Street documents the power of art to unite communities, and the power of gentrification to strip them. Synopsis: Two Oakland artists, Pancho Peskador, a Chilean studio painter, and Desi Mundo, a Chicago-born aerosol artist, form an unlikely partnership to tackle their most ambitious project to date: a four-story mural in the heart of downtown Oakland. Their site is situated at a unique intersection where Chinese and Afro-Diasporic communities face the imminent threat of displacement and gentrification. As the mural takes shape on the wall, Oakland’s unique cultural legacies come to life through historical flashbacks. Past exclusionary policies replay themselves in the present as gentrification threatens to uproot long-term residents. Three months later, news comes that another forthcoming condominium development will obscure the mural, which has become a source of neighborhood pride. Despite last-ditch opposition to the condominium, it receives city approval, effectively dooming the mural. Free with registration. More info: Special Screening: Alice Street – Bainbridge Island Museum of Art (biartmuseum.org) 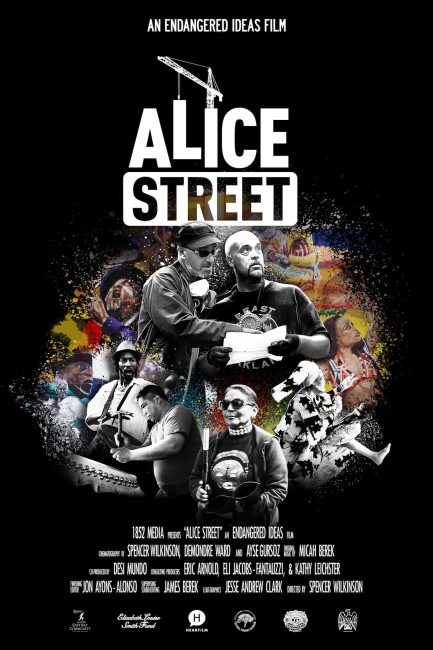