You are here: Home / Events / Sound Taps at 3PM on Memorial Day

The National Moment of Remembrance is an annual event that asks Americans, wherever they are at 3:00 p.m. local time on Memorial Day, to pause for a duration of one minute to remember those who have died in military service to the United States. The time 3 p.m. was chosen because it is the time when most Americans are enjoying time off from work for the national holiday.

Taps is instantly recognizable as the somber 24-note bugle call played at American military funerals and ceremonies. The nationwide Memorial Day event is a unique opportunity to pause for a moment to remember, reflect, and pay tribute to our fallen service members who paid the ultimate sacrifice while securing our freedom. 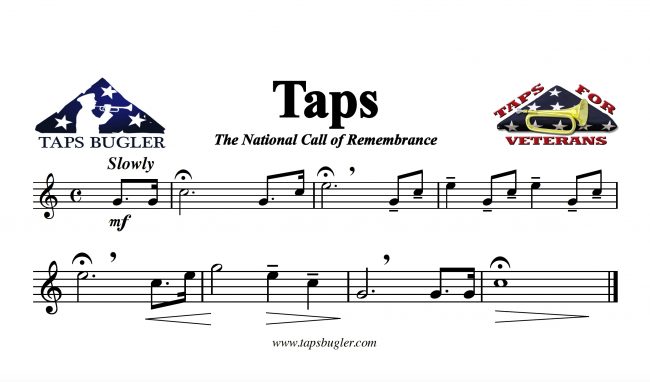 TAPS ACROSS AMERICA is sponsored by Taps For Veterans, an organization dedicated to finding live buglers for funerals and memorial services. It was founded in 2012 by Jari Villanueva, United States Air Force Band (retired) who served as a bugler at Arlington Nation Cemetery for 23 years. 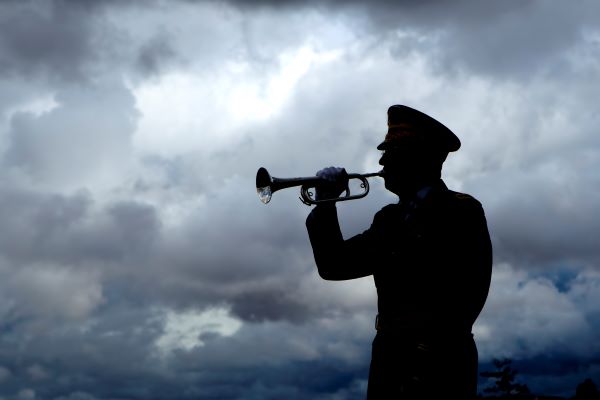 Who can participate? Anyone who can sound Taps on a trumpet, bugle, or similar instrument.

Where should I play? Your front yard, porch, balcony, driveway, etc. – anywhere you can be socially distant from neighbors and passerby. Feel free to alert your neighbors so they can come listen from a safe distance.

When should I sound Taps? Memorial Day (last Monday in May) at 3 p.m. in your time zone.

How do I sound Taps? See Taps music below or download Taps sheet music. Play in the key of B flat, if possible.

What should I do if I hear Taps? If you hear Taps being sounded, you should respond as you do for the national anthem: Stand, face the music, and place your hand over your heart.