The Black and Tan Musical centers on the story of real-life Seattle Entrepreneur turned nightclub owner E. Russell “Noodles“ Smith; Seattle’s ‘Black Godfather’ who shaped the Jackson Street jazz scene of the 1930’s and 40’s. Known as a ladies man and gambler, Smith also owned a host of businesses, including two hotels; The Golden West and Coast hotel, where notable African American talent of the day lodged due to segregation in the pre-civil rights era, making Noodles one of the richest men in the Pacific Northwest. The second act centers on the reshaping of the Jackson Street corridor of the late 1960’s and the rise of a hippy Rock guitarists based on Seattle Native Jimi Hendrix. The new musical by Chris Hopper, with music by Thaddeus Turner, makes its world premiere October 15-16. Free Community Event! More info: The Black & Tan Musical – Langston Seattle 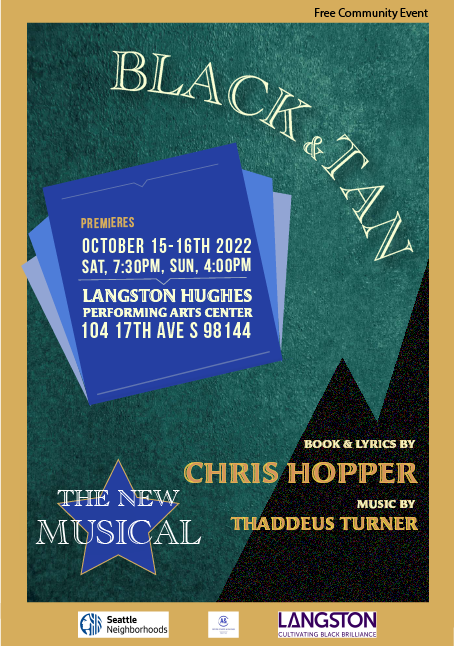