Below, we provide links to pumpkin patches and farm stands selling picked pumpkins in the Seattle-Tacoma metro area around the Puget Sound region. All are open weekends in October, a few open earlier. Some locations are open weekends only, others during the week. Check their website for details before you head out. One thing they all have in common is loads and loads of pumpkins in all sizes and shapes. 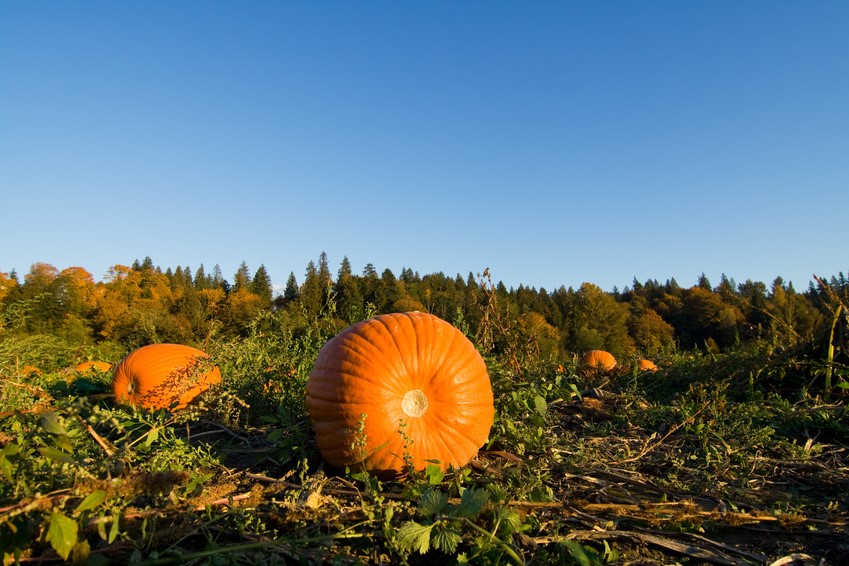 Visiting a pumpkin patch makes a great seasonal outing for all ages – DepositPhotos.com

The idea of jack-o-lanterns—carved out and lighted pumpkins—can be traced to an Irish folktale about a drunkard and grifter named Stingy Jack. As the story goes, Jack managed to cheat the Devil himself, not once but twice. (There’s more to the story involving coins, trees, and crosses, but they’re not important to your understanding of Halloween pumpkins.) When Jack finally died, his nefarious nature barred him from entering heaven. Nor, as it turns out, from hell—due to his successful bargains with the Devil. Having no place to go, Satan gave him an ember from hell, which Jack placed into a carved-out turnip. He wanders earth to this day, with no final place to rest.

“Jack-o’-lantern” has also been used to describe any strange light flickering over bogs, swamps, or marshes. The light is said to recede if approached, drawing travelers from a safe path and to some unfortunate end. In English folklore, the concept is known as a “will-o’-the-wisp.” The term comes from “wisp”, a bundle of sticks or paper sometimes used as a torch. And someone named “Will”. Therefore, the phrase means “Will-of-the-torch” and is found in many English folktales. In these stories, the protagonists—named either Will or Jack—are doomed to haunt the marshes with a light.

So, in Ireland, England, and Scotland, people made “Jack’s lanterns” by carving scary faces into turnips, potatoes, or beets to place on windowsills or in doorways to frighten away evil spirits. This tradition was brought by immigrants to America, who found that native pumpkins were easy to carve and make the most splendid jack-o’-lanterns. 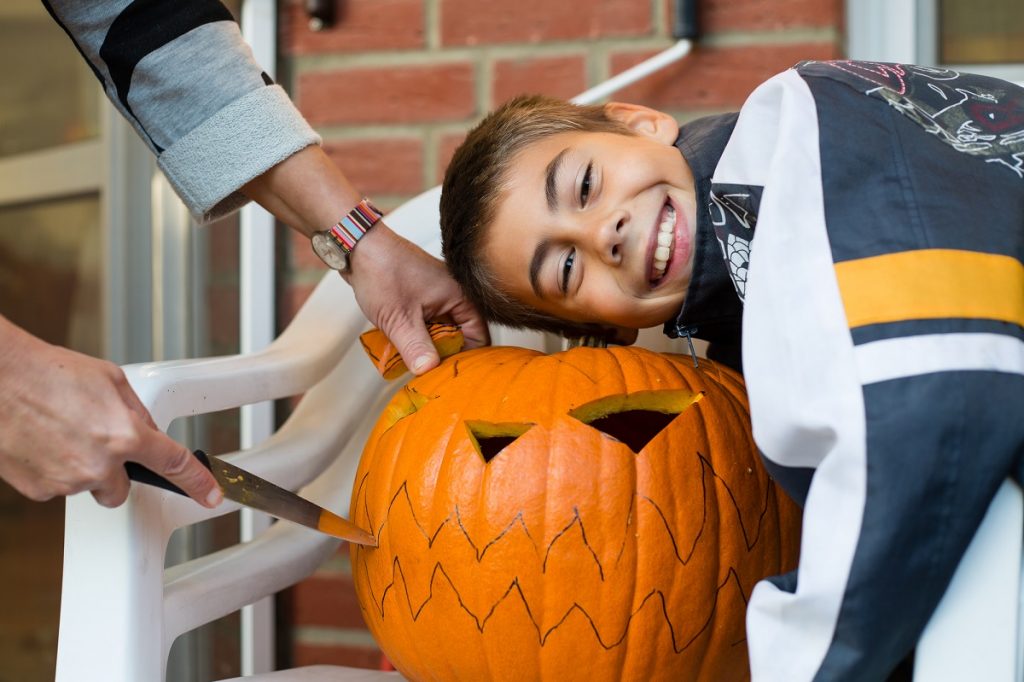 Can I eat pumpkins I’ve used for decoration?

Pumpkins grown for carving generally have thin walls and stringy fibers. What little flesh there is tastes bland. So, while they’re safe for consumption, they are not particularly good for eating. For pies, most cooks recommend sugar pumpkins. For soups and stews, there are a large variety of winter squash with wonderful pumpkin-y flavor, such as butternut, kabocha, red Kuri, and Hubbard. Still others are best roasted and/or stuffed, including acorn, carnival, delicata, and spaghetti squash.

Also, by the time Halloween has passed, a carved pumpkin often grows moldy in damp, cool Pacific Northwest weather. It’s best to dispose of your jack-o-lantern in your compost pile or if your city offers it, your municipal “green” bin. (Yes, it’s okay to compost moldy food.) 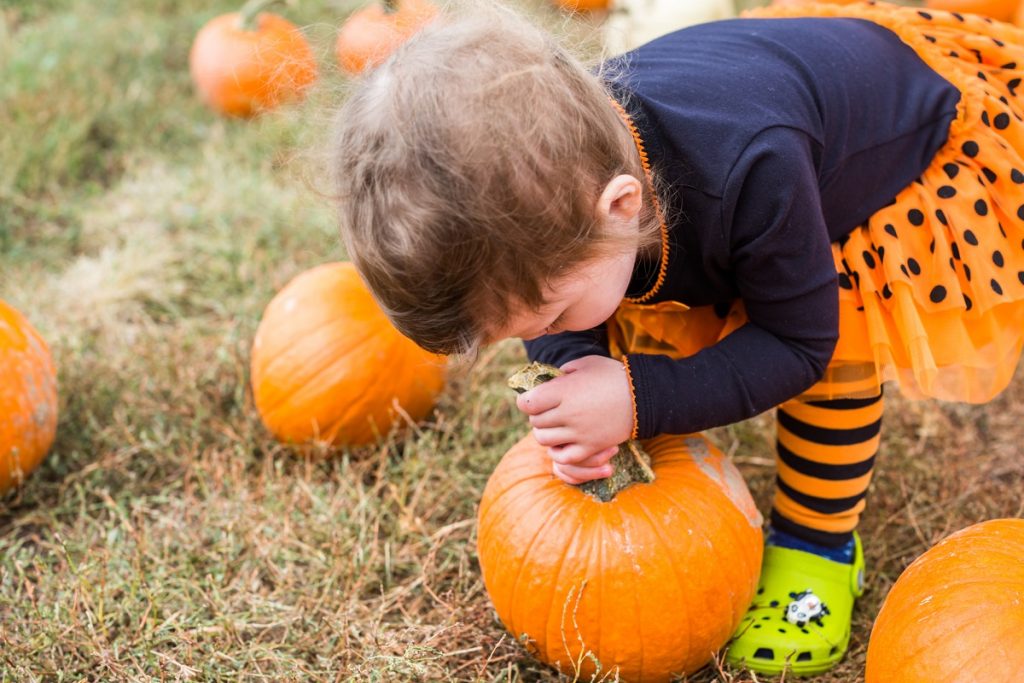 All pumpkin patches are open Saturday-Sunday in October. Some are open Friday, and several are open daily. Most u-pick and farm stands are free to visit; pumpkins are typically priced by the pound.

Many farms offer fall attractions for a fee, such as corn mazes, hayrides, and fire pits, etc.). Some farms require advance purchase tickets, so check their website before you head out. Confirm hours and whether tickets are needed, methods of payment (some only take cash, some only take cards), plus other details such as where to park, what to bring (if anything), and what to wear.

These are all working family farms. Be courteous and be prepared to be flexible if weather or other conditions require a change in your plans.

(Listed alphabetically by city or location)

Thomasson Family Farm in Enumclaw, WA. Open daily in October. Admission weekday/weekend $12/$15 includes many attractions. If you are ONLY interested in u-pick pumpkins, admission is FREE.

Creek House Farm in Port Orchard, WA. Visits by appointment only; schedule online. Guests can select pumpkins from the field or the farm stand. Multiple family-fun activities across the farm and many opportunities for photos.

Double R farms in Puyallup, WA. Third generation (going on four) family farm (formerly Richen Farms). During the month of October, the farm features a 5-acre corn maze and the largest selection of pumpkins in the valley. Come try your hand at one of three pumpkin slingshots. FREE tractor pulled hayrides on the weekends (weather permitting). In the 80-year-old barn, you will find decorative gourds, cornstalks, mini pumpkins, and edible squash.

Picha Farms in Puyallup, WA. Open daily. Over 25 varieties of pumpkins to choose from and over 9-acres to search and find your perfect pumpkin. Ticketed attractions also available.

Bailey Farm in Snohomish, WA. U-pick farm with lots of unique varieties in all colors, textures, shapes, and sizes, including traditional orange pumpkins. No admission fees.  Free kids play activities include a hay run, farm trikes, and a sandbox.

Stocker Farms in Snohomish, WA. 10-acre U-Pick Pumpkin Patch and iconic Corn Maze, plus many other fun attractions. Admission fee not required for access to the pumpkin patch–just pay for the pumpkins you pick to take home. Attractions available for one admission price; some open ONLY WEEKENDS.

Tonnemaker Valley Farm in Woodinville, WA at their farm stand or farmers markets in Seattle. Offers pumpkins, winter squash and other seasonal produce. 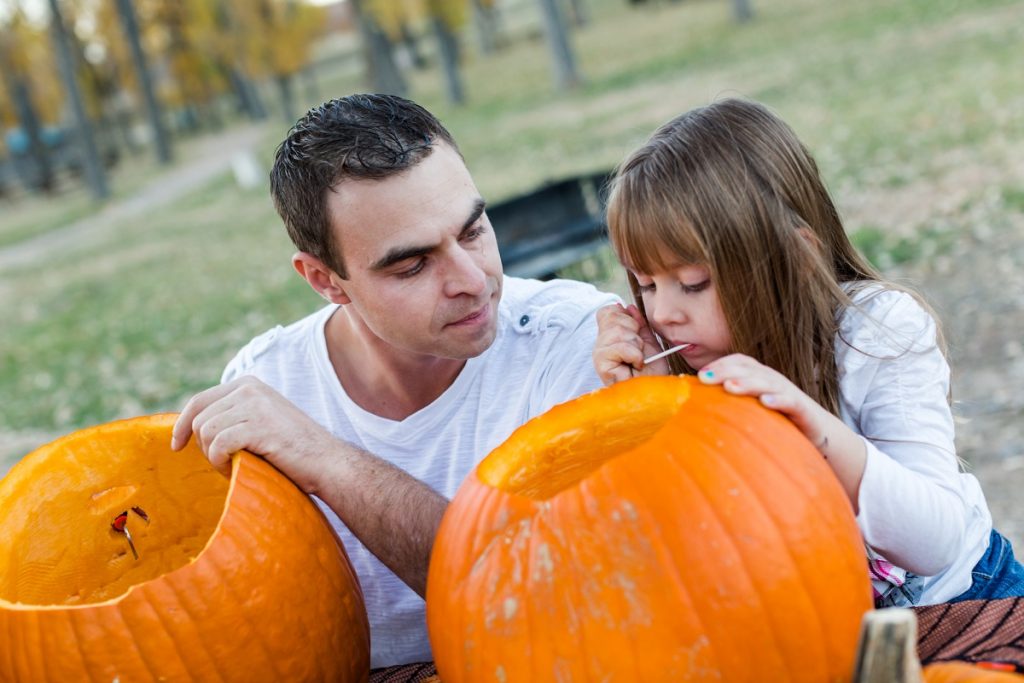