The Northwest Cider Association celebrates Washington Cider Week for 10 days every September. The event brings together cider producers throughout the Pacific Northwest with cider lovers. It’s an event to share knowledge, experience, and the Northwest cider culture.

Members include cideries in Oregon, Washington, Montana, Idaho, and British Columbia, as well as retail shops, restaurants, beverage distributors, equipment suppliers, and anyone involved with the cider industry. They offer classes, workshops, and cider-themed events, now as well throughout the year from spring through fall. Most of all, they celebrate the cider they love. 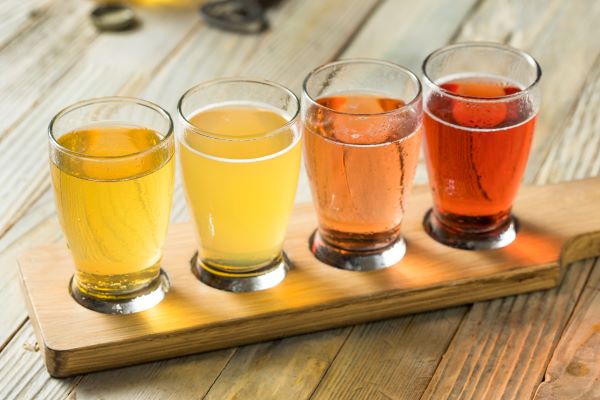 Apple cider tasting flight. Cider can range from light, delicate and sparkly to rich, dark, and full of complexity. – DepositPhotos.com

Fermented apple juice is called “hard cider” or simply cider. Other terminology such as organic and unfiltered can mean different things in different places. If you are in doubt, ask!

Cider has been enjoyed for thousands years. It’s mentioned in the histories of the Romans, Greeks, and Hebrews, among others. Many old apple varieties were tart and bitter, making them more suitable for cider than for fresh eating.

By the late 1800s, cider began its decline as the most popular beverage in the nation. The Industrial Revolution lead to increased urbanization and populations moved from farms to cities. Fresh apple juice did not keep well. Farms and orchards were abandoned.

Immigrants from Germany and Ireland preferred beer, and moved to the Midwest, which was ideal for growing grains needed to brew beer. These and other factors led further to the decline of cider as the most popular American beverage.

Today, there is a resurgence in cider making. It is one of the fastest-growing segments of the liquor industry. Many wine and beer drinkers, chefs, and food enthusiasts enjoy exploring cider in all forms and flavors. Unlike beer, cider is suitable for a gluten-free diet.

The Washington State University cider research program was established at Mount Vernon, Washington in 1979. Initially, they planted six cider apple varieties. Today they have more than 65 varieties. Test orchards include apples originating from England, France, Germany, and the United States. They perform research to assist apple growers and cider makers in our state. They work to improve cultivation methods and evaluate cider characteristics from different types of apples. 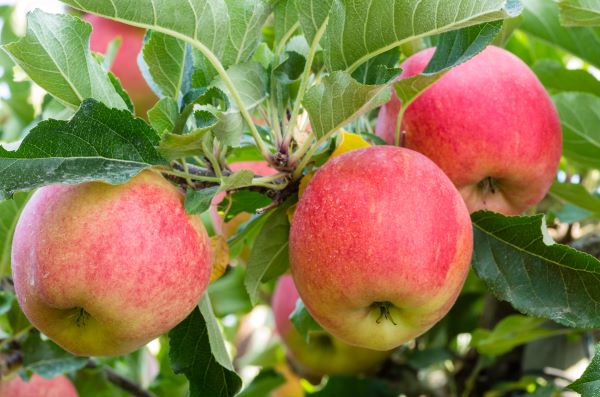 Fresh red apples growing on trees. There are hundreds of varieties of cider apples. – DepositPhotos.com

Here are ways to celebrate: 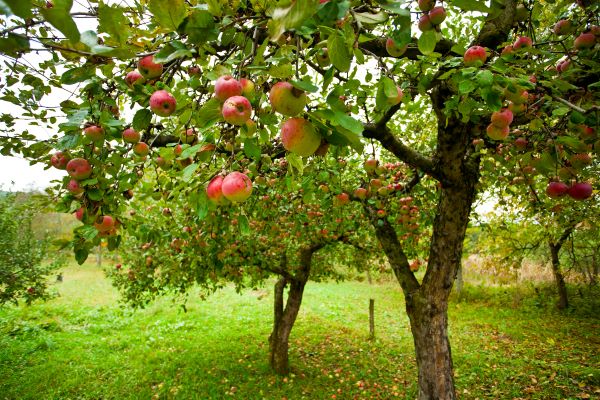