You are here: Home / Living in Seattle / Jobs and Education / Companies that are hiring now
← Donate to FareStart emergency meals today
STEM for kids at home with Rosie Research →

We’re experiencing one of the steepest economic declines in a long while with no clear end in sight. Despite this, there is demand for employees at some companies, especially grocery stores and various other food companies, drug stores, delivery services, and hardware stores.

Some jobs are part time or temporary. But permanent, full-time positions with benefits are also available. And, there is always a possibility that part time and temporary roles can become permanent jobs.

NEW! Added 4/25/2020. Kroger (Fred Meyer, QFC): a recent search listed over 300 job openings in a variety of positions from barista to clerk, as well as pharmacy, management, maintenance and administrative. 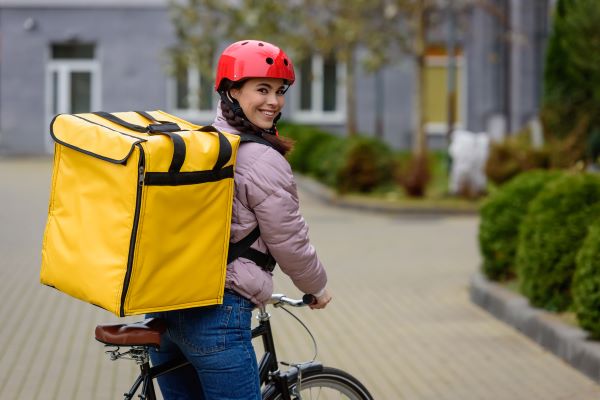 As an independent delivery contractor, you work for yourself and must provide the delivery vehicle, plus have a valid driver’s license, insurance, and a smartphone. Usually, experience as a ride share driver, courier, or other “gig” economy work is a plus.

Once accepted as a driver, you sign-in to the app when you want to work and also sign-off whenever you want to stop working. You can work as few or as many hours as you wish. Restaurant delivery drivers make the most money in dense urban areas during peak times, which is typically midday for lunch and evenings for dinner.

Contract delivery drivers can reasonably earn $20-$25 per hour and more (before expenses such as gas and auto maintenance), especially if you regularly work peak delivery times. Most delivery service companies pay you weekly via direct deposit to your bank account.

Caviar restaurant delivery operates in the greater Seattle. The company was recently acquired by DoorDash, but still operates as an independent brand. Apply to Caviar.

DoorDash  is seeking contractor delivery drivers, giving preference to restaurant workers who have been laid off. Get more info or signup with DoorDash.

Grubhub restaurant delivery service operates in the greater Seattle area. Sign up as a Grubhub driver.

Instacart delivery service hires contractors to fulfill and delivery grocery orders. The service is used by many local stores, such as Costco, QFC, Safeway, Uwajimaya, Whole Foods, and others.  Become an Instacart shopper.

Postmates delivers restaurant takeout, groceries, clothing, and other goods from a variety of merchants.  Become a Postmates driver.

Shipt is a subsidiary of Target, but is used by many local stores, including Fred Meyer, QFC, CVS pharmacies, Office Depots, Petco, Target, and others. Sign up to be a Shipt shopper.

Companies that are hiring in the Puget Sound region

Last time we checked at the beginning of April 2020, the following companies listed job openings on their website. There are a wide range of opportunities including full and part time or temporary positions, entry level and management positions, and many other opportunities. 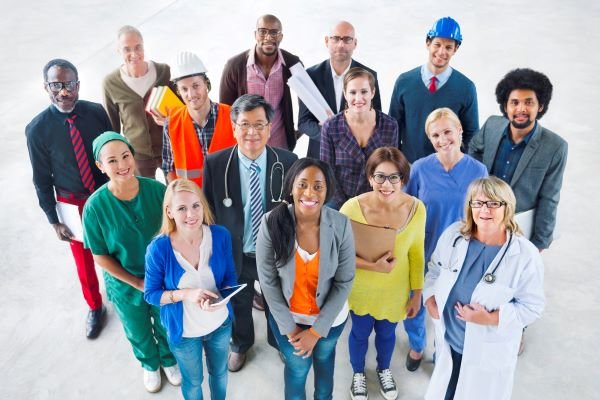 Amazon has full- and part-time positions open, primarily in its warehouse, but also a few other positions in Seattle and surrounding cities. No resume or previous work experience required. Apply for Amazon online

Costco Wholesale is accepting applications for a variety of positions throughout the Puget Sound region. Get more info about Costco jobs.

NEW! Added 4/25/2020. Kroger (Fred Meyer, QFC): a recent search listed over 300 job openings in a variety of positions from barista to clerk, as well as pharmacy, management, maintenance and administrative.

Papa John’s pizza company has open positions in the Puget Sound region for work in franchise restaurants, in the kitchen and for delivery, including some supervisory positions. Search Papa John’s jobs.

PCC Community Markets has a few job openings in positions in their 13 grocery stores throughout the Puget Sound region. Search PCC Markets jobs.

PepsiCo appears to have several job openings in the Seattle area for a variety of positions, including merchandising, sales, management, delivery, and others. They conduct virtual interviews and onboarding where possible. Search PepsiCo jobs.

Pizza Hut is actively recruiting for a variety of positions in the Puget Sound region including cooks, management, and delivery. Search for Pizza Hut jobs.

U.S. Census Bureau continues to accept applications for temporary, part-time positions with the 2020 Census to collect data in areas across the country.

University Washington remains open and is actively recruiting for over 1000 positions in campuses and facilities around the Puget Sound region. Opportunities include full-time, part-time, and temporary positions across a wide variety of job functions from administrative to food service and academic to scientific positions. First interviews are usually by phone with follow-up interviews in-person (following social distancing protocols from the Washington State Department of Health) or sometimes by phone or video conference. Search UW jobs.

Walgreens has dozens of full-time and temporary positions in stores and pharmacies in Seattle and around the Puget Sound region. Search Walgreens jobs.

Whole Foods (owned by Amazon) has several openings in stores throughout the Puget Sound region and a few in company support positions. Get more info about Whole Foods jobs.

Seattle Pipeline lists jobs in a variety of industries and positions.