You are here: Home / Events / Where to buy pie on Pi Day in the Puget Sound region

Pi Day is celebrated worldwide on March 14, which is a perfect excuse (if you need one) to eat pie. Any kind of pie will do: fruit pie, cream pie, quiche, pizza, calzone, hand pies, piroshki, or any other kind of pie.

Pi is the sixteenth letter of the Greek alphabet (π) used in mathematics to define the ratio of the circumference of a circle to its diameter. (Got that?) Regardless of the size of the circle, pi is a constant that always calculates to the same value: 3.14 (hence, March 14…). 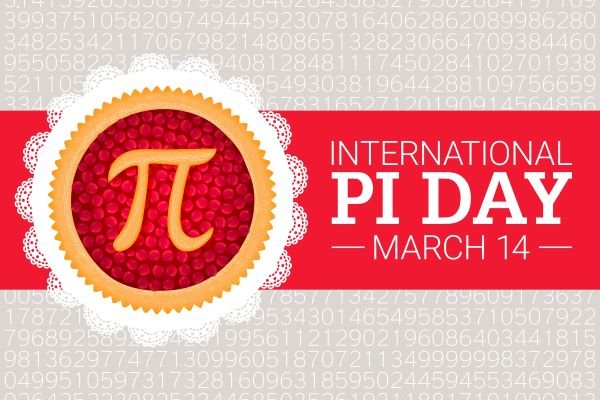 Pi never ends and never repeats. However, National Pi Day ends on 3/14 and repeats every year.

Pi has been calculated to trillions of digits with no end in sight. How many pi digits can you memorize from this list of the first million digits of pi? (While some math aficionados like to memorize and recite pi to 100 digits on Pi Day, we’d rather eat pie.)

March 14 is Albert Einstein’s birthday and the day Stephen Hawking died. What are the odds of that? It’s also the birthday of the master of the sphere: Stephen Curry. 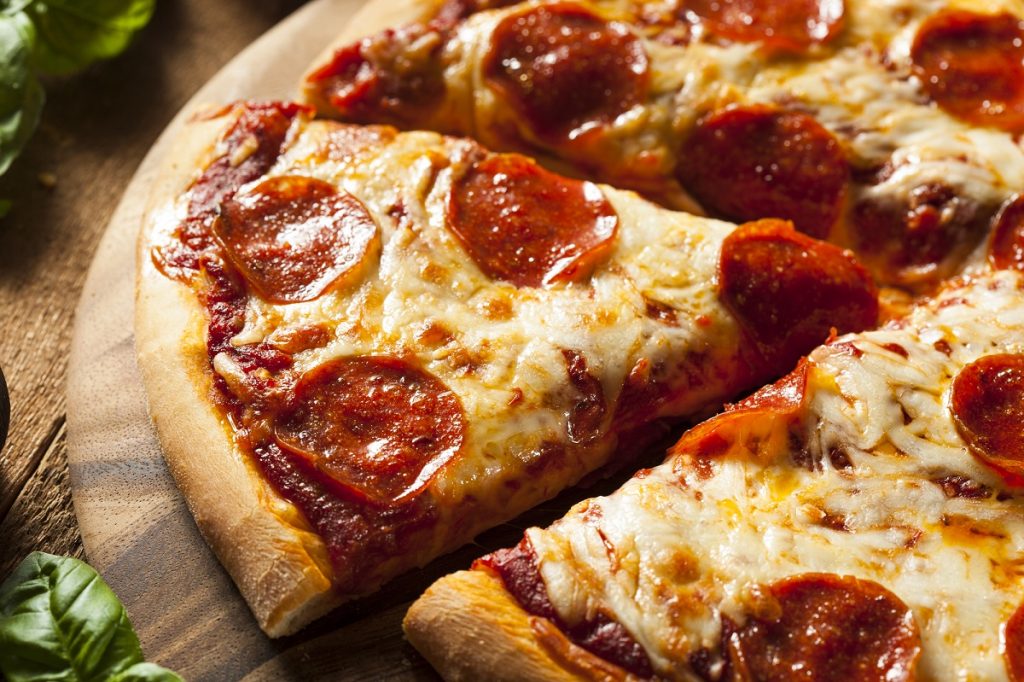 Everything is in Pi. That’s why Pi is so special. Pi has every combination of any numbers ever possible. Pi contains the image of every photograph ever taken or that will ever be taken in the future. It contains the works of Shakespeare, the music of Beethoven, and history that has yet to happen.

Pi is everywhere in the natural world. It got its start defining the circumference of a circle. So, Pi is in our Sun, in our coffee cups, and our car’s wheels. It’s in our eyes and in our blood. The pattern of our DNA is in Pi. Pi defines how well we can know the position and the speed of a passing object. It even determines how rivers choose their paths.

Listed below are places around the Puget Sound region where you can indulge in pie on March 14 and for that matter, any other time of the year.

Listed below are places around the Puget Sound region that we have heard are offering Pi Day pie deals (remember that not all locations may participate).

7-Eleven (multiple Puget Sound locations). Get a whole pizza on Pi Day for just $3.14, when you pick-up in-store through the 7Rewards loyalty program, or order through the 7NOW delivery app.

Honey Baked Ham (Bellevue, Puyallup, Tacoma). Pickup an apple caramel walnut pie and get $3.14 off with a coupon (available on their website).

Listed below are bakeries and cafes offering all kinds of sweet and savory pies in Seattle and neighboring cities. Some require pre-orders if you want pie. For others, it’s strictly first-come first-served. Most places will run out of pies before closing. 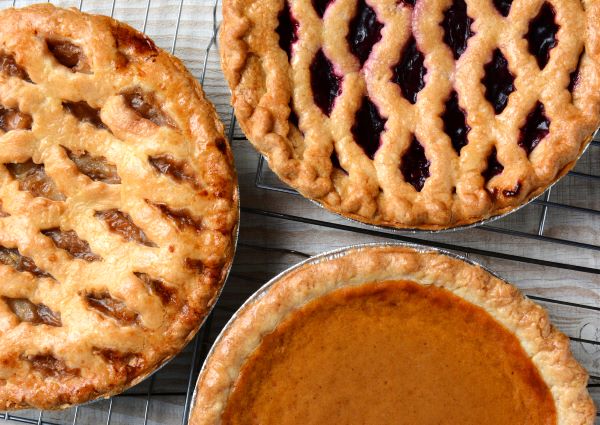 A la Mode Pies bakes pies in-house at their Seattle cafes in West Seattle and Phinney Ridge. Enjoy them by the slice or whole pie. Favorites include Strawberry Rhubarb, Cherry, Grasshopper, and Bourbon Butterscotch. On the savory side, they offer quiche daily and other savory pies in West Seattle. You can order whole pies online for pickup or delivery from Shoreline to Seatac.

Aussie Pie Company in Burien features two-inch party and 5-inch individual meat pies filled with beef, chicken, or vegetables. You can order them frozen to reheat at home

Pie Bar Capitol Hill is the world’s first late night “pie only” cocktail lounge featuring savory and dessert pies along with craft and classic cocktails. Guests under 21 are welcome in the lower level.

Snohomish Pie Co in Mountlake Terrace and Snohomish has been baking delicious, handmade pies from scratch since 1996. Their selection includes fruit pies, cream pies, pecan pies, and seasonal flavors by the slice or whole pie. They bake pies daily and often sell out. For Pi Day, they usually feature something special.

The Puget Sound region has an amazing number of pizzerias. This is by no means an exhaustive list but includes some regional favorites as well as hidden gems you may want to discover on Pi Day … or any day. For pizzerias located exclusively in Seattle, scroll down.

(Listed alphabetically by city or location.)

Resonate Brewery + Pizzeria in Bellevue features craft beers to go along with their Roman-style or “Pizza Alla Pala” pizza in a family-friendly atmosphere. The 72-hour dough results in a pizza crust with remarkable flavor and crisp-chewy crust.

Tutta Bella Neapolitan Pizzeria was founded in Seattle’s Columbia City neighborhood and now has restaurants in Bellevue, Issaquah, Kirkland, and Seattle. The wood-fired pizzas are prepared in Neopolitan tradition following strict adherence to the culinary discipline of the Associazione Verace Pizza Napoletana (VPN), including the ingredients used and the cooking method. It was the first pizzeria in the Northwest to receive the coveted VPN certification.

Pop’s Pizza & Pasta in Federal Way has traditional, vegetarian, and specialty pizzas (like Taco and Greek) using homemade dough and offers a variety of crust styles and sauces to customize your pizza.

Pizza Pizazz in Federal Way and Lakewood has been a south Sound favorite for over 18 years. Pizazz offers traditional toppings and specialty combos in several sizes and are also known for their stuffed pizza rolls (like a mini calzone).

Pizza Studio in Lakewood offers a unique menu of specialty pizzas (Buffalo Chicken, Skinny Greek…) or create your own from five types of crust including gluten free, six types of sauce, plus cheeses, vegetables, and meats.

Astoria Pizza & Pasta in Lynnwood gets rave reviews for their pastas and pizzas from regulars who have been coming to the restaurant for years. They offer a long list of traditional pizzas and specialty pies.

Pizza Addict in Renton is a small, family-owned pizzeria located 1-block from IKEA. Their wood oven was imported from Naples, Italy to bring you creative and delicious pizzas which cook at 900° and are ready in minutes. Choose from two types of crust, unique specialty pies, or build your own custom pizza.

Steph’s Pizza in University Place (south of Tacoma) features traditional and specialty pizza toppings. Be sure to check their specials for discounts on pizza, wine, and beer.

Rock Wood Fired Pizza started in Tacoma and now has locations throughout Washington State as well as several other states. They have traditional tomato and white pizzas, plus several specialty pies such as BBQ Pulled Pork and Walnut Pear.

Our curated list of Seattle pizzerias. This also is by no means an exhaustive list but includes some local favorites as well as hidden gems.

Breezy Town Pizza (same folks as Windy city Pie) on Seattle’s Beacon Hill inside the Clock-Out Lounge (all ages until 8PM) features Chicago and Detroit inspired deep-dish pan pizza on sourdough and a unique blend of mozzarella and Wisconsin Brick Cheese. Their pizza is both authentic and adventuresome. Not to mention delicious. Dine-in during happy hour and enjoy 20% off. Or check out their sibling, Windy City Pie.

Dino’s Tomato Pie on Seattle’s Capitol Hill (21+ only) features pizza and drinks. Pizzas can be ordered in a traditional round as well as square Sicilian-style pie. Choose from a variety of house pizzas or customize your own. Dino’s is open late.

Ian’s Pizza in Fremont and Capitol Hill offers classic and creative pizzas whole or by the slice.

Pi Vegan Pizzeria in Roosevelt feature pizzas made with vegan cheeses and (cashew) ricotta, plus veggie toppings, field roast, and other choices.

Serious Pie pizzeria in downtown Seattle and Ballard serves up pies with blistered crusts, house made charcuterie, artisan cheeses, and other carefully selected ingredients. You’ll find them at two locations in downtown Seattle. Pair your pizza pie with a beverage from their extensive list of cocktails, beers, and wine. Visit them in the late afternoon for happy hour and you can slice your cost as well as your pie. On Pi Day, March 14, all happy hour pies are only $3.14! Happy hour is from 3:00pm-5:00pm only at Serious Pie downtown.

Veraci Pizza in Ballard and Wedgwood makes wood-fired pizzas, but are perhaps best known for their wood-fired clay oven on wheels.

Via Tribunali on Capitol Hill and Queen Anne Hill bakes authentic Neapolitan pizza in their wood-fired brick oven. Built by a master craftsman who assembled bricks made from the ashes of Mt. Vesuvius, both (the craftsman and the bricks) were imported from Naples. This unique oven bakes up fragrant pizza enclosed in a high, soft edge of crust. As a member of the Verace Pizza Napoletana Association, Via Tribunali bakes up authentic Neapolitan pizza using specific preparation, ingredients, and method of cooking.

There you have it. Try any of these places on March 14, or any other day during the year you are craving pie.