Seattle is one of the top cities worldwide (easily in the top 100) for “cinemability”, which is a measure of our ability to support movie goers. Cinemability includes issues such as ticket price, available movie titles, and the number of movie screens, cinema multiplexes, independent movie houses, and film festivals.

Film festivals present a series of movies around a topic chosen by the organizer. Topics covered can be anything from nature to comedy or justice, or may feature a culture or location such as Latino, Asian, LGBTQ, or French films. Film festivals may introduce and market new films, showcase short films, documentaries, or independent (“indie”) films. The possibilities are as endless as there are people who have something to say.

A small film festival might include a handful of films shown successively on one day in one theater. Major film festivals that have been running for decades typically include hundreds of films, screened in multiple theaters over many days or weeks.

Worldwide, some of the biggest, longest running, and most prestigious film festivals take place in Cannes, Berlin, and Venice (known as “The Big Three”). Other important international film festivals are held in Toronto, Hong Kong, London, and Mumbai. In the U.S. there is Sundance, SXSW, Woodstock, and of course the Seattle International Film Festival (SIFF). But, there are thousands more festivals worldwide. So this is just an inkling of what’s out there.

Seattle also happens to be one of the country’s best cities for movie makers. We are especially renowned as an indie moviemaking hub. As a film production center for over 75 years, resources for film producers include production studios, skilled industry workers, educational institutions, networking events, and fundraising opportunities. Seattle also been a backdrop for some of Hollywood’s biggest movies owing to the city’s commitment to the industry, as well as the available scenery. A few notable films shot in Seattle over the past several decades include: The Slender Thread (1965), The Parallax View (1974), An Officer and a Gentleman (1982), WarGames (1983), Sleepless in Seattle (1993), Enough (2002), The Ring (2002), and The Ring Two (2005), Fifty Shades Of Grey (2015), and dozens more.

In the following calendar list, we include upcoming film festivals throughout the Seattle-Tacoma metropolitan region—note that the list includes virtual and in-person film festivals. While our threshold “cheap” price is usually $15 or less for regular adult admission for any event we list, we attempt to include every film festival screening in the region regardless of admission price. There is often a discounts on passes and multi-film ticket packages as well as volunteer opportunities that can lower your cost.

Listed below are upcoming film festivals and special movie screenings. We update this list on a rolling basis throughout the year, when organizers announce dates for their next events. You might also like our big list of movie theaters in the Puget Sound region. 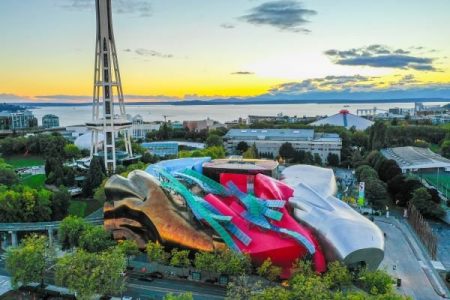