King County park system covers 26,000 acres of public lands. That’s an unlimited amount of awesome. The award-winning parks and recreation division offers recreational experiences for every interest, including 200 parks, 175 miles of regional trails, and 180 miles of backcountry trails, plus ballfields, playgrounds and pools, as well as lush forests, quiet meadows, and many other Northwest ecosystems.

Don’t know where to start? Listed below are some of the most popular parks and trails across King County. They’re arranged roughly north to south throughout the region:

These are some of the most popular parks and trails in King County. They offer a nice range of terrains, suitable for casual day hikers, families, and more experienced trekkers. Use this list as a jumping off point to get out of doors and enjoy nature.

Burke-Gilman Trail winds over 20 miles along a former railroad route from the Ballard neighborhood in Seattle north to the city of Bothell, where it intersects with the Sammamish River Trail. The entire trail is paved, crossing through several Seattle neighborhoods and smaller cities north of Seattle. Parts of the trail are managed by Seattle Parks Department. BGT is popular with joggers, skaters, strollers, cyclists, and weekday commuters.

Sammamish River Trail extends 10 miles from Bothell to Marymoor Park in Redmond. It is part of the “Locks to Lakes Corridor” that include the Burke-Gilman Trail, East Lake Sammamish Trail, North Creek Trail, and Issaquah-Preston Trail. A trail extension connects with the East Lake Sammamish Trail via Marymoor Park and provides access to the Puget Sound Energy (PSE) Power Line corridor trail and the Bear Creek Trails in Redmond.

Marymoor Park in Redmond is the King County’s most popular park. Spread over 640 acres, activities include walking the trails, picnicking, birdwatching, an off-leach dog park, outdoor concerts and movies in summer, and velodrome for weekly bicycle races as well as skills classes.

Cougar Mountain Regional Wildland Park in south Bellevue is a 3,000 acre park and part of the “Issaquah Alps” park area that includes Squak Mountain. The various trails in the park wind through diverse natural habitats and are popular with day hikers. Lewis Creek Park provides an easy day hike popular with families due to amenities such as parking, visitor center, restrooms, playground, ranger activities (many free), and proximity to Bellevue. Wilderness Peak Loop is more challenging, ascending the highest peak in the park, nearly 1600 ft.

Rattlesnake Mountain near the town of Snoqualmie is jointly managed by the Washington State Department of Natural Resources and King County Parks to preserve natural resources and wildlife habitats. A trail winds its way through mostly second-growth forest, crossing a few logging roads, opening to clear cut areas, and mountain views. If this sounds too strenuous, the nearby Snoqualmie Valley Trail meanders 30 miles in past working farms as well as preserved open space areas.

The Interurban Trail is a 14-mile former interurban rail corridor linking the cities of Tukwila, Kent, Auburn, Algona, and Pacific. The trail passes through various terrain, including suburban, industrial, and pastoral lands along the Green River. Portions of the trail are developed and paved, while other portions are slated for improvements. It’s a popular recreational and commuter trails for residents in south King County.

Soos Creek Trail in Kent is a 7-mile paved trail travels through natural areas, including wetlands, farmlands, and forests. It is popular for leisurely strolls and bicycle rides. It connects to the more rugged and less-trafficked Lake Youngs Trail, which continues unpaved for another 9 miles. Also nearby is the Soos Creek Botanical Garden and Heritage Center, which offers mature gardens and fascinating local history of the Soos Creek Plateau. Admission is free. The gardens are usually open Wednesday-Saturday, but closed in winter.

These and the many other public recreational assets in the King County Park system enhance our region’s quality of life and preserve public lands for future generations.

Before you head out, keep up to date on park activities with the King County Parks blog. You’ll find information about trail improvements, conditions affected by weather, and other helpful information.

Another great resource for finding trails suitable for your outdoor goals, visit Washington Trails Association for information and trip reports on trails throughout Washington State. 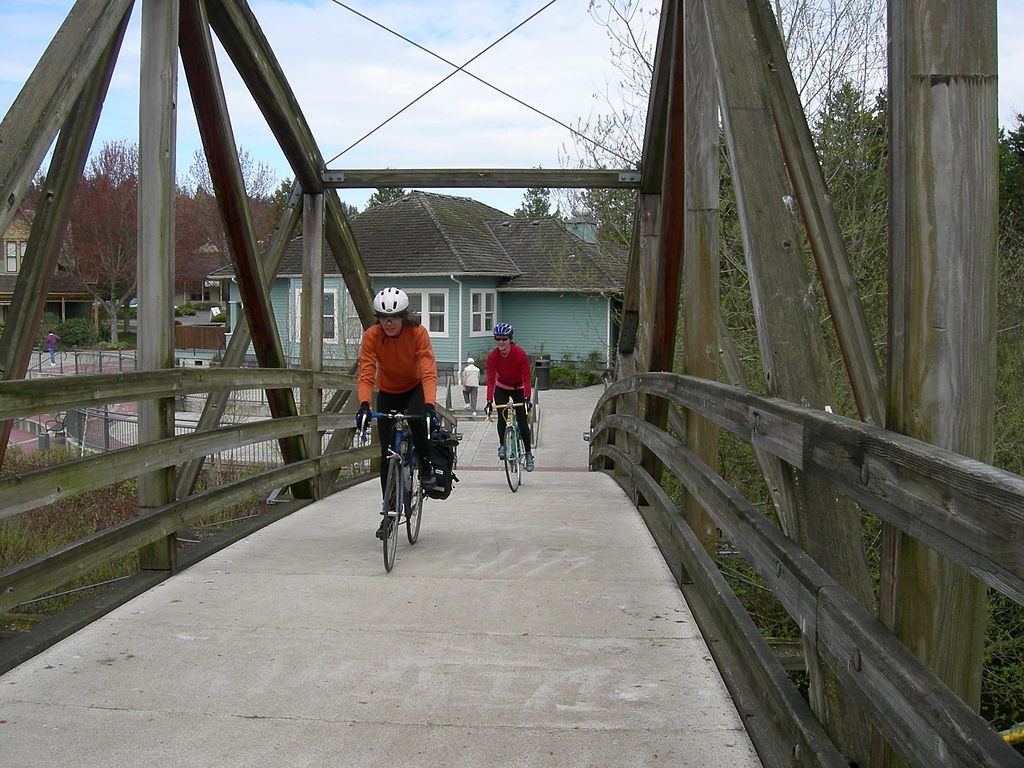