The Estuarium is home to live estuary animals, exhibits, specimens and more! The community is invited to explore the animals and plants in our estuaries, where freshwater and saltwater meet, and learn what is unique about this delicate, vibrant ecosystem so vital to our region. Knowledge helps you and me take better care of our shared natural resources and act in ways that protect the ongoing health, conservation, and restoration of south Puget Sound.

Throughout the year, the Estuarium offers programs and special events to enhance your returning visits. 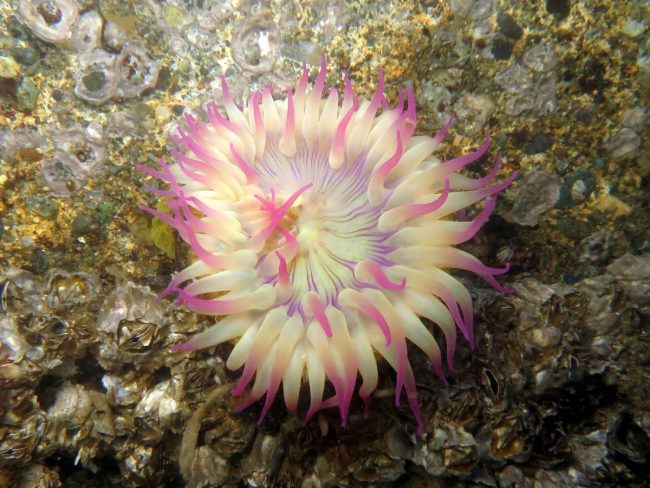 Estuaries carved by glaciers, such as Puget Sound, are known as fjord estuaries. They are prominent in areas where the glaciers once loomed, including Alaska and Scandanavia in the Northern Hemisphere and Chile and New Zealand in the Southern hemisphere. More common types of estuaries, called coastal plain estuaries, were formed when a rising sea level flooded a major river valley. Coastal plain estuaries, including Chesapeake Bay on the East Coast and Coos Estuary in Oregon, tend to be shallower with less physical diversity than fjord estuaries. More info: 2015 Puget Sound Fact Book v3.1 (eopugetsound.org)

Chesapeake Bay is the largest estuary in the United States, in parts of six states — Delaware, Maryland, New York, Pennsylvania, Virginia, West Virginia, and the District of Columbia. Chesapeake Bay covers about 4,480 square miles—more than four times the area of Puget Sound (not including waters north of Whidbey Island). More than 150 rivers and streams drain into the Bay.

Pier Peer: Year-round you can enjoy the Pier Peer program on local docks after dark in Thurston and Mason Counties. Trained Estuarium staff and volunteers provide underwater lights that attract spectacular estuary creatures for you to scoop up and observe. From octopus to anemones, from sea stars to sea slugs, you never know what you’ll encounter!

The Puget Sound Estuarium Orca Odyssey traveling exhibit consists of photos and information about the southern resident orcas. You will learn about their history in the region and the survival challenges they face today. Examine marine mammal pelts and a harbor porpoise skeleton. There will also be marine mammal themed games and prizes.  The Estuarium’s Orca Odyssey Exhibit is based on the book “Orca: Shared Waters, Shared Home” written by Lynda V. Maples. The book is on sale in the Estuarium shop. Every weekend in October 2022 – January 2023 there will be orca-centric activity at the Estuarium and is included with your admission ticket. More info: The Orca Odyssey: Special Exhibit – Puget Sound Estuarium