You are here: Home / Events & Things to do / Fairs, Festivals & Parades / Free events throughout the year at Seattle Center
← Free local livestream, virtual tours, and online classes
Free and cheap things to do today →

Seattle Center is an arts, recreational, and civic center at the core of the city. Its roots reach back more than 100 years, as a site of Native American celebrations. Today, it is one of the nation’s best gathering places.

A wide variety of events and activities are hosted throughout the year, including art & culture festivals, music & dance performances, film festivals, stage plays, art exhibits, outdoor movies, and much more. Seattle Center is anchored by the iconic Space Needle, built for the 1962 World’s Fair. 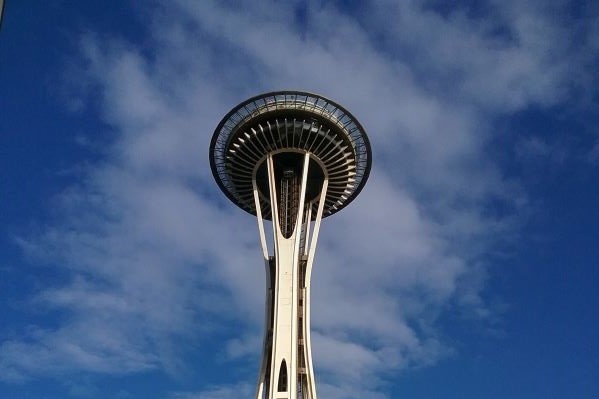 The Seattle World’s Fair attracted nearly 10 million visitors. Some of the more storied visitors included the ‘King of Rock and Roll,’ Elvis Presley for filming of the movie “It Happened at the World’s Fair”, Vice-President Lyndon Johnson, Walt Disney, and Prince Phillip of Great Britain.

The Fair also left the city with a legacy–the Seattle Center. Years of planning went into the effort to build facilities for the 1962 Fair. The idea was first proposed in 1954 by City Councilman Al Rochester.

Many of the concepts and icons of Century 21 are now ingrained in Seattle’s culture more than half a century later:  the elevated Monorail train, the International Fountain, the NASA-themed United States Science Exhibit (now the Pacific Science Center), and the 605-foot tall Space Needle–once considered a risky investment because of its grandiose dimensions and spectacular design.

The sprawling, park-like Seattle Center campus is open daily. The Armory is open every day, except Thanksgiving, Christmas, and New Year’s Day. Hours vary for different attractions and organizations.

Seattle Center is home to many iconic attractions and venues: 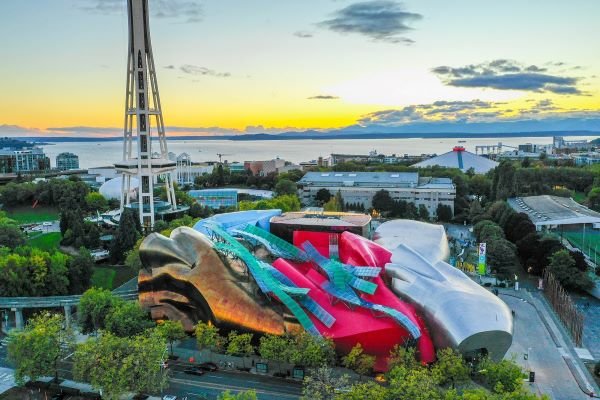 Listed below we describe some of the featured free events at Seattle Center.

Seattle Center Festál is a series of free ethnic festivals held throughout the year. Each festival includes music, dance, art, crafts, history, and food from cultures around the world. Festal celebrates the fact that we are a nation of immigrant, indigenous, and ethnic cultures living together in the Pacific Northwest. This illuminating series seeks to connect people, build understanding, and dispel stereotypes through shared experience.

Northwest Folklife Memorial Day weekend festival is one of the largest free festivals in the country. The weekend cultural and music festival features artists from around the Pacific Northwest. Folklife Festival offers thousands of performers on 20+ stages.

For these and many other upcoming free and affordable  events at Seattle Center, scroll down to the calendar below.

The following list of Seattle Center events includes free, cheap, and discounted events. It is updated throughout the year.