OneWorld Now! (OWN) was founded in Seattle in 2002. OWN serves diverse populations of youth, provides opportunities to learn world languages and navigate diverse cultures, and builds leadership skills. Their programs prepare students to interact in new environments and build the skills to be effective global citizens.

The organization is committed to building inclusive communities locally and globally. They host experiential workshops that foster social, emotional, and intercultural leadership skills. Through study abroad programs, they connect American high school students with their peers around the world.

Arabic, Chinese, and Korean are in high demand by employers, but less commonly taught in K-12 public schools. OWN teaches these critical world languages at summer language camps for high school students and recent graduates.

Seattle high school students (and recent graduates), can apply to the OneWorld Now! summer language camp, an immersion program to learn beginning Arabic, Korean, or Chinese. There is only a minimal registration fee; due to support from STARTALK, there are no other fees to attend this camp.

The OWN language and culture camp focuses on fostering language acquisition, intercultural understanding, and a desire for international travel. The camp will teach the practices and perspectives of the culture, and introduce students to leadership skills that will enable them to become local youth leaders with a global perspective.

STARTALK is a project funded by the National Security Agency and administered by the National Foreign Language Center at the University of Maryland. STARTALK’s mission is to increase the number of U.S. citizens learning, speaking, and teaching critical-need foreign languages.

STARTALK offers students (K–16) and teachers of these languages creative and engaging summer experiences that strive to exemplify best practices in language education and in language teacher development. 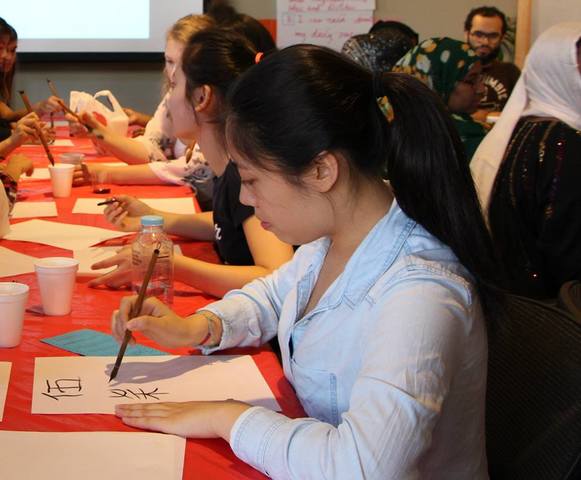