SeafoodFest in Ballard started as a two-hour dinner in 1971. Today, it’s an iconic three-day event that draws over 75,000 people, where you can enjoy food vendors, local music, arts and crafts, family entertainment, a beer garden, lutefisk eating (or not), giant fish, skateboarding competition, oceans of seafood and loads of fun all day.

About the Ballard neighborhood 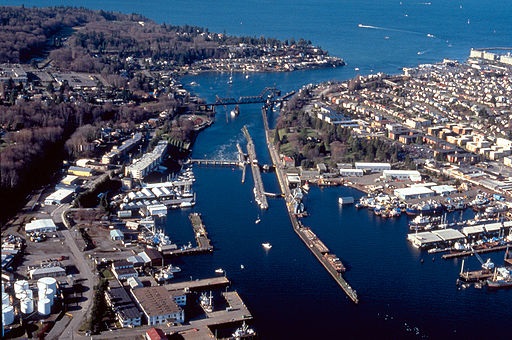 Originally, the area was home to Duwamish peoples settled in villages along Salmon Bay and Shilshole Bay. A large immigration of Norwegians began in the mid-19th century, attracted by jobs in mills and fishing industries. The city of Ballard grew rapidly and was annexed to Seattle in 1906 and prospered due to the lumber mills along it’s waterfront.

In the early 20th century, the fishing and boat building industries grew in importance and a bustling commercial district developed just a few blocks away. In 1976, the Ballard business district was designated a Historic Landmark District.

Today, the neighborhood’s Scandinavian influence is felt in the Nordic-inspired festivals, the Nordic Heritage Museum, Norwegian flags gracing signs and buildings. Significant features of the neighborhood include the nation’s busiest Hiram M. Chittenden Locks (second only to the Panama Canal in boat traffic), a section of the Burke-Gilman Trail through the neighborhood to Golden Gardens Park on Puget Sound, and a bustling year-round farmers market.

In 1971, members of Ballard’s industrial and fishing community joined forces with the Ballard Elks to create a barbecue dinner to raise money for the Chamber of Commerce. By 1979, the event was a daylong festival to honor the Washington State Fishing Industry and the Scandinavian heritage of many of the settlers in the Ballard neighborhood.

By the next decade, more seafaring elements were added including crab boat and shipyard tours, seafood recipe contests. and seafood grilling competition. The name and date of the event changed a few times and the festival became a Seafair sanctioned event to coincide with the city-wide summer festival.

The festival continued to evolve to bring new audiences to the festival. Organizers added a music stage featuring local bands, family activities, a beer garden, and arts and crafts vendors.

Today, Ballard SeafoodFest is a three-day event that still reflects the authenticity of the Ballard neighborhood and its roots as a fishing and maritime community. SeafoodFest requires hundreds of volunteers and draws a crowds over 75,000 people. 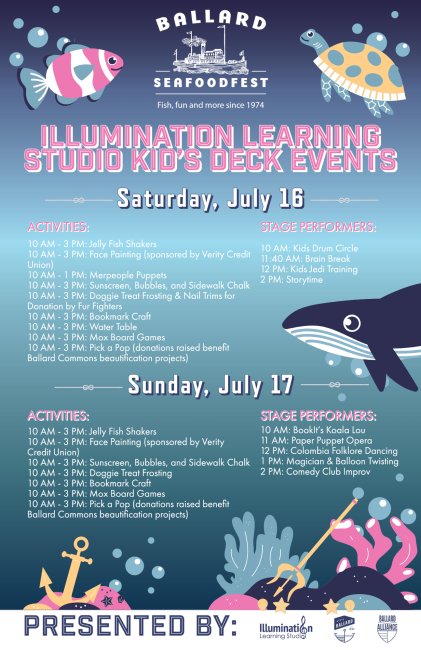 Listed below are upcoming food festivals in the Puget Sound region.