Performed in over 150 cities throughout 30 countries, Thrill The World (TTW) is an annual worldwide simultaneous dance of Michael Jackson’s “Thriller” for world records and charity. Thrill The World is not a flash mob as the media is contacted prior to the performance. Seattle and Redmond Thrillers join Thriller groups in other nations to perform at the same exact time each year. TTW is an all-volunteer-run event.

The next Thrill The World performance will take place Saturday, October 29, 2022, 3:00 pm. Locally, there is a performance in the parking lot at Magnolia Community Center | seattle.gov. 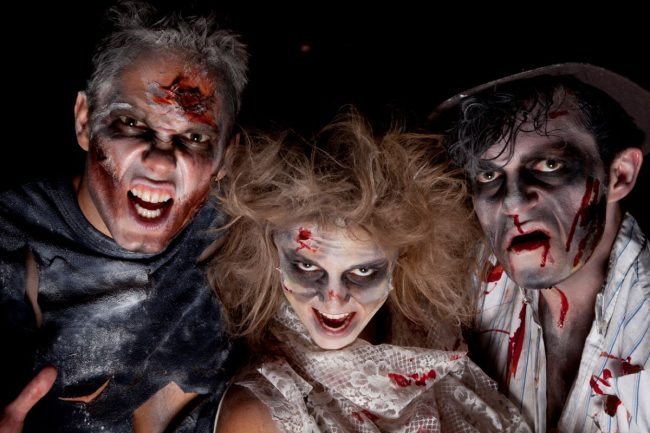 What is Thrill The World?

TTW is more than just dancing to a 6-minute song. This global community project hopes to inspire people to break down barriers, connect with others of all religions, races, political, and economic persuasions, contribute to helping humanity, promote environmental stewardship, and encourage people to step up as leaders, visionaries, and creators.

Watch the dance or get in on the action. Be part of the largest, most successful, most fun, and most undead THRILL THE WORLD event on the planet right here in Washington, hosted by the local groups who perform for TTW. All official Thrill the World events are included in the numbers for setting and breaking World Records. Each dance group also donates money to a charity of their choice.

Seattle Thrillers | Meetup. If you live in the greater Seattle area and would like to learn the dance in a class setting, in-person rehearsals are available Saturdays in October. It is free to learn the dance and there is no charge to the public on the day of the event. The group continues to perform for various organizations in and around Seattle throughout the year for donations to their selected charity. This year the group is accepting contributions for World Central Kitchen, World Central Kitchen (wck.org) (#ChefsForUkraine).

Redmond Zombies group has disbanded. The organizers moved to the UK and there was no one locally who could fill the gap. More info: Redmond Zombies | Facebook

Online tutorials are easy to follow, either refresh or learn the Thriller dance routine can be found on ThrillTheWorld.com/Learn The Dance. Local classes are listed below.

Baskin-Robbins 31% off all scoops at participating locations