Our list of free and cheap Halloween events includes fun things to do for kids, families, teens, and adults in Seattle and around the Puget Sound region. From daytime family fun to night time adult entertainment, there’s a little something for everyone.

The meaning of Halloween stems from several cultures and traditions, which have morphed and changed over time.

Catholic and Christian religions honor saints and martyrs on All Saints Day, November 1. Halloween is All-Hallows’-Eve, or the night before All Saints Day, “hallows” being a saint or holy person. The souls of the dearly departed were honored the day after All Saints Day on All Souls Day, November 2. Traditions include special prayers, visiting cemeteries, and giving donations to the poor. An older custom gave “Soul Cakes” to the poor in exchange for prayers for the departed…perhaps an early version of “trick or treat”? There seems to be no singular recipe for soul cakes. Some customs fry donuts in the shape of a ring, symbolizing eternity.

Similarly, Día de los Muertos (Day of the Dead) is a Mexican tradition observed every year from October 31 to November 2. Traditions include altars to deceased loved ones adorned with marigold flowers, decorated skulls made from sugar, and specialty bread (usually sweetened, but recipes vary from one locale to another). Visiting cemeteries to decorate graves is also customary.

Although Japanese Buddhist Bon-Odori is a summer festival, this tradition also honors the spirits of one’s ancestors. Families usually hold a reunion especially to visit and tend to their ancestors’ graves. The spirits of their ancestors are also said to visit the household altar setup during Bon-Odori.

The following list of horror movies and thrillers are releasing between September and October in time for the 2019 Halloween season. They’re listed in order by MPAA rating and release date.

Abominable (PG). Opens September 27, 2019. An new and gorgeous animated adventure from DreamWorks about a teen and her mischievous friends who embark on an epic quest to reunite a Yeti with his family. Original, heartfelt, and funny.

Ad Astra (PG-13). Opens September 20, 2019. Astronaut Roy McBride (played by Brad Pitt) undertakes a mission across an unforgiving solar system to uncover the truth about his missing father and his doomed expedition that now, 30 years later, threatens the universe.

Gemini Man (PG-13). Opens October 11, 2019. From Jerry Bruckheimer, this sci-fi action thriller features an over-the-hill assassin played by Will Smith, who must fend off his younger clone–a peak version of himself.

It Chapter Two (R). Opens September 6, 2019. Twenty-seven years after their first encounter with the terrifying Pennywise, the Losers Club have grown up and moved away, until a devastating phone call brings them back.

Haunt (R). Opens September 13, 2019. On Halloween, a group of friends encounter an “extreme” haunted house that promises to feed on their darkest fears. The night turns deadly as they come to the horrifying realization that some nightmares are real.

Freaks 2019 (R). Opens September 13, 2019. Portrays the story of a 7-year-old who lives in both fear under her father’s protective and paranoid control, and fascination of the outside world, where Abnormals create a constant threat – or so she believes. When a mysterious stranger offers her a glimpse of what’s really happening outside, she soon finds that while the truth isn’t so simple, the danger is very real.

Depraved (R). Opens September 13, 2019. A disillusioned field surgeon suffering from PTSD makes a man out of body parts and brings him to life in a Brooklyn loft.

3 from Hell (R). Opens September 16, 2019. A trio of murderers known as “The Devil’s Rejects” are injured and captured in an encounter with the police. They feign innocence, however, and somehow find their way out of prison. They then continue their gruesome murder spree.

Rambo: Last Blood (R). Opens September 19, 2019. Almost four decades after they drew first blood, Sylvester Stallone is back as one of the greatest action heroes of all time, John Rambo. Now he must confront his past and unearth his ruthless combat skills to exact revenge in a final mission.

Joker (R). Opens October 4, 2019. An original standalone story of the iconic villain from “Batman”. Arthur Fleck, played by Joaquin Phoenix, aspires to be a stand-up comic but finds the joke always seems to be on him. It’s a gritty character study with a broader cautionary tale.

Mary (R). Opens October 11, 2019. David is a struggling blue-collar captain looking to make a better life for his family. Strangely drawn to an abandoned ship that is up for auction, he impulsively buys the boat, believing it will be his family’s ticket to happiness and prosperity. Once out on isolated waters, the ship holds terrifying secrets.

Zombieland: Double Tap (R). Opens October 18, 2019. The cast and crew of the cult classic Zombieland have reunited after 10 years. In the horror comedy, the troupe faces off against more zombies in the Midwest.

Lighthouse (R). Opens October 18, 2019. Black-and-white horror film chronicles the story of two lighthouse keepers as they are faced with solitude, but start to lose their sanity and become threatened by their worst nightmares.

Candy Corn (N/A). Opens September 17, 2019. It’s Halloween weekend and a group of bullies are planning their annual hazing on local outcast, Jacob Atkins. When they take things too far, he’s resurrected to seek revenge against those that wronged him.

Along Came the Devil 2 (N/A). Opens October 11, 2019. After receiving an unsettling voicemail, Jordan returns home, looking for answers, only to find her estranged father, more questions, and a demonic force.

Maleficent: Mistress of Evil (N/A). Opens October 18, 2019. From Disney. Maleficent (Angelina Joie) and her goddaughter Aurora begin to question the complex family ties that bind them as they are pulled in different directions by impending nuptials, unexpected allies, and dark new forces at play.

See also our big list of movie theaters in the Puget Sound region.

Our Halloween costume page includes history of Halloween traditions, 100+ costume and makep ideas, plus a list of places to pull together the most scary or fantastical costume.

Our pumpkin carving page has information about the history of jack-o-lanterns, basic instructions for carving pumpkins, and plenty of tips for carving simple to elaborate, professional-looking pumpkins.

Our big list of Halloween haunted houses and corn mazes includes mostly very scary attractions intended for adults and teens who like to be scared out of their wits. Seriously scared. Most cost more than $15 per person, though there are some that are in the $10-$15 range. We also offer suggestions for ways to see them for less.

For little kiddos, some locations offer a special “kid’s” time, when the lights are on and the scare-o-meter is turned off. Often these sessions are also at a lower price.

Local parks departments host Halloween-themed events and fall festivals for families. Many are free; some have nominal charge.

Like many other distractions from video games to the latest fads in fashion or music, there’s no one right way to handle Halloween candy. The following lists summarizes tips from parents on how they approach the Halloween season. Adjust ideas on an age-appropriate basis. 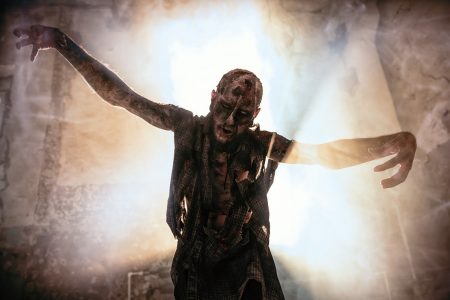 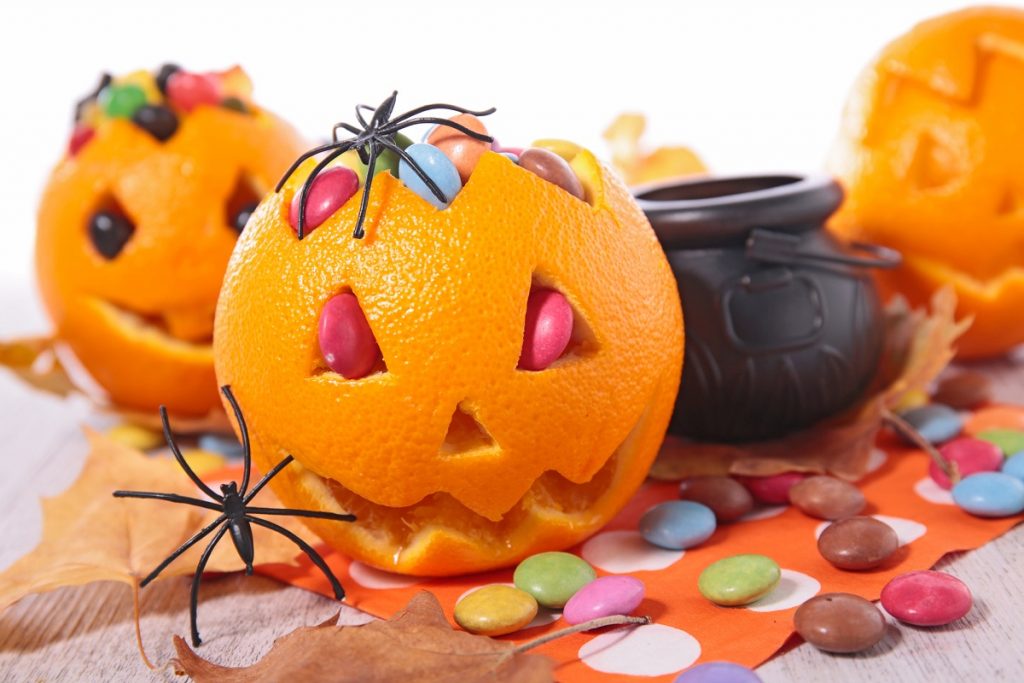