You are here: Home / Our guides / Summer guide / Shakespeare summer 2021 events around Puget Sound
← 10 places at Pike Place Market to while away time
State and County Fairs in Washington State →

William Shakespeare was an English playwright and poet who lived the late 16th and early 17th century. He wrote dozens of plays; including histories about English kings, tragedies such as Macbeth and Hamlet, a long list of comedies, poems, and over 100 sonnets (a poem of fourteen lines).

Known as “The Bard” (which means poet), he is regarded by many as one of the greatest, if not the greatest English writer of all time.

Shakepeare’s works are the most performed and read plays in theaters and performance venues around the world. From Germany to Jerusalem, prison theaters and refugee camps, you can find Shakespeare’s’ plays under production.

Many portions of his plays, as well as his sonnets were composed in a traditional poetry form of the time known as iambic pentameter. A line of iambic verse contains ten syllables, with stress placed on every other syllable.

In his plays, he often (but not always) used unrhymed iambic pentameter known as “blank verse”, which placed stress on different syllables. But he also used rhyming couplets and other forms such as trochaic tetrameter.

Here are some of his more famous quotes, which demonstrate several of these syllabic rhyming styles:

Why have these works stood the test of time above all others?

Some say it is due to the ambiguity of the play’s meaning and of the actions of the characters. This allows Shakespeare’s plays to be continually re-invented and re-imagined, whether as stage plays, or in our time, as movie themes.

In Seattle during summer, The Bard’s plays are performed in parks throughout the Puget Sound region, for you to enjoy in a relaxing and casual outdoor setting. 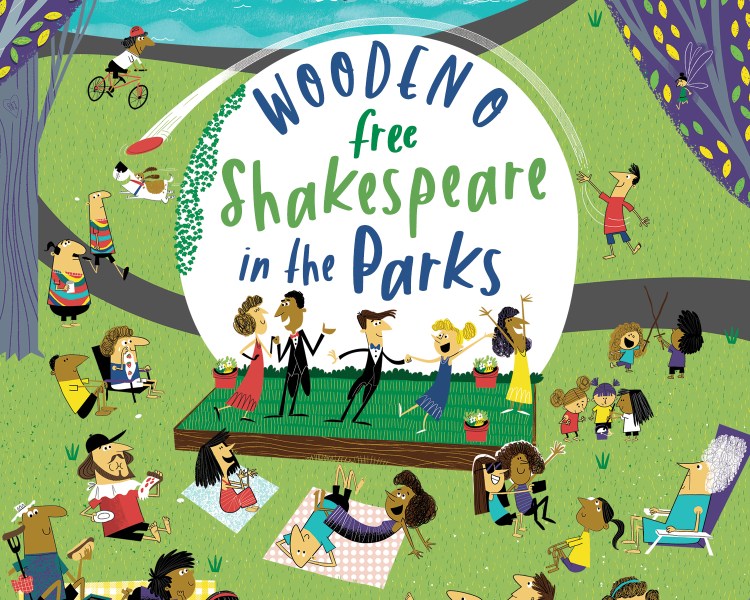 Wooden O Shakespeare in the Parks

Seattle Shakespeare Company is the Puget Sound region’s year-round, professional, classical theatre. The company began production at Seattle Center in 1991. Their success stems from a deep belief in the power and vibrancy of classical playwrights along with a commitment to artistic excellence on stage. Provocative performances challenge and delight audiences in Washington State, while fostering an appreciation for great stage works. Programs include indoor performances, free outdoor summer productions, regional tours, and educator and youth programs.

Wooden O’s* inaugural show was performed in August 1994 at Luther Burbank Park. Demand for the free summer Shakespeare performances grew. So, over the years park venues have been added throughout the Puget Sound region. Grab a picnic and bring your family.

*Wooden O refers to the shape of outdoor theatres in Shakespeare’s time, a ring of galleries with a space in the center open to the sky

The Summer 2021 production is The Comedy of Errors

GreenStage Shakespeare in the Parks series

GreenStage presents Shakespeare in the Park and an Outdoor Theater festival in Seattle Parks. All productions are free, fun, and family oriented, focusing on the text and story of the play.

The talent of the artists, beauty of the natural park spaces, and participation of the audience creates inspiring productions. Shakespeare’s characters and words come to life in eye-opening ways in these intimate, outdoor performances.