Seattle is home to many historic theatres built in the early 1900s. These were silent movie palaces and vaudeville stages in their day. Today, the theatres listed here have been restored to the original luster and re-purposed as performing arts venues featuring music, dance, comedy, stage plays, musicals, spoken word, and movies.

The 5th Avenue Theatre in downtown Seattle was built in 1926 for Vaudeville tours, which eventually gave way to motion picture films. In the 1970s, the movie house was closed and the building fell into disrepair. In the 1980s, several dozen local companies and business leaders renovated the building and formed the non-profit 5th Avenue Theatre Musical Theater Company. The building itself is modeled on the Forbidden City in China, as well as the Emperor’s Summer Palace and the Temple of Heavenly Peace. The ornate interior is awash in vivid color, stunning architectural elements, and remarkable detail. The 5th Avenue is devoted to presenting original musicals and Broadway productions. Get more info and affordable events at the 5th Avenue Theatre.

Langston Hughes Performing Arts Institute (LHPAI) in the historic Central Area of Seattle is a City of Seattle landmark. Built in 1915, the former Jewish Synagogue of Chevra Biku Cholim became a community center owned by the City of Seattle in 1972. Renovated in 2011 to preserve its architectural character, today the building may be rented for events and community programs. LHPAI partners include the non-profit LANGSTON Seattle promoting African American arts and culture in Seattle as the primary contact for programming partnerships, as well as the Central District Forum for Arts & Ideas and The Historic Central Area Arts and Cultural District. Get more info and affordable events at the Langston Hughes Performing Arts Institute.

Seattle Theatre Group is a non-profit organization that presents hundreds of events annually at The Paramount, The Moore, and The Neptune Theatres, including Broadway productions, concerts, dance, theatre, lectures, education, community, film, and other enrichment programs. You can take free guided tours of each historic theater, led by a well-versed volunteer staff, for a fascinating glimpse behind the scenes at each of these storied venues. For more information, visit STG theater free tours.

Seattle Town Hall on the corner of Eighth Avenue and Seneca Street is one of the landmarks of First Hill. The historic 1923 Roman-revival-style building was built and used by the Christian Science Church until 1997. The Public Development Authority Historic Seattle purchased the building, transferred ownerships to a newly formed Town Hall LLC, and the former church opened in 1999 as the cultural center it is today. The building got an 18-month $35M overhaul from 2017-2019. Hundreds of affordable events are produced each year by Town Hall and community organizations. Every month, you can find arts, music, humanities, civic discourse, science, and world culture events. Many are free or just $5. Ticketed events are FREE for those 22 years of age and under. Get more info and affordable events at the Town Hall Seattle.

Historic Everett Theatre on Colby & Hewitt opened its doors in 1901 as the Everett Opera House, featuring “The Casino Girl,” a road show version of a musical comedy which had been a success on Broadway a year earlier. In addition to opera, the theatre hosted vaudeville shows, motion pictures, stage plays, and other performing arts. Stars of yesteryear who visited the historic theatre included Cecil B. DeMille, “Fatty” Arbuckle, John Barrymore, Lon Chaney, George Cohen, Nat King Cole, Helen Hayes, Al Jolson, and John Phillip Sousa, among many others. gutted by a fire in December of 1923, the theatre was reconstructed and opened the following summer. Over the decades, the theatre re-invented itself as a modern movie house but eventually fell into disrepair as many old buildings do. Finally in 1989, a group of concerned citizens organized the Everett Theatre Society, restored the theater and reopened 1993. Today, with seating for 800 the theatre produces and co-produces contemporary and classic theatre, as well as community events and concerts. Get more info and affordable events at the Everett Theatre.

Marysville Opera House was erected in 1911 by the Ebey Lodge #104 of the International Order of Odd Fellows after an earlier hall burned down. The building served as a meeting place for the Lodge as well as a social and cultural center for the remote Town of Marysville for many years. Events included traveling troupes, silent movies, community meetings, and a shooting range in the basement, but never opera. The Lodge disbanded in 1966 after 75 years, leaving behind this important historical structure. The hall has 18-inch thick poured concrete walls and some of the original leaded glass in the windows and doors. In Skagit county, only one earlier poured concrete building has been discovered dating from 1906. The Marysville Opera House was placed on the National Register of Historic places in 1982, citing both its architectural uniqueness and historic significance. The building was refurbished in 2016 by the city of Marysville and is used today for a wide range of events including monthly wine and beer tastings, concerts, classic movies, and private parties such as proms, quinceañera, and weddings. Get more info and affordable events at the Marysville Opera House.

Tacoma Pantages Theater at 9th & Broadway opened in January 1918. Built by Greek immigrant Alexander Pantage, it was designed after an ornate theater in the French Palace of Versailles. The live performance Pantages Theater was converted to a movie house just eight years later. It was alternately known as the Orpheum and the Roxy until the 1980s. In 1983, The Pantages was restored and reopened. Today the theater hosts Tacoma Arts Live live performances as well as events from other producers in music, comedy, and dance. Get more info and affordable events at the Pantages Theater.

Due to Washington Safe Start, most theatres and performance venues will not re-open until Phase 4. However, many arts organizations are hosting online events. List below are all upcoming performing arts, whether live or virtual.

Listed below are upcoming live or virtual arts performances at these historic theatres as well as other performance venues in the Puget Sound region. 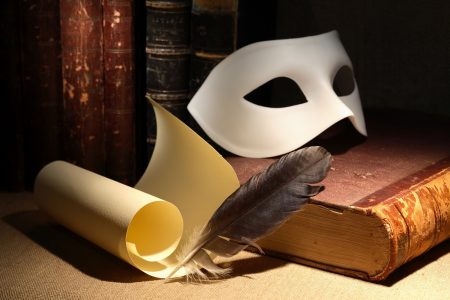 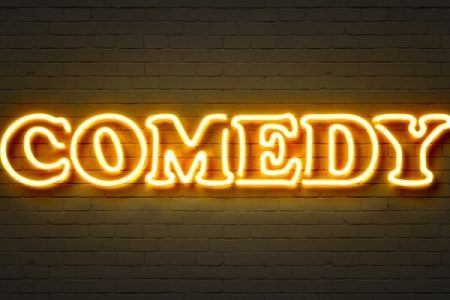