You are here: Home / Events & Things to do / Tours & Attractions / Tours of Lumen Field, T-Mobile Park, Husky Stadium
← How to start a vegetable garden in the Pac NW
2022 Academy Awards and Oscar film screenings & parties →

Tips for enjoying a stadium tour: Stadium tours are extended walking tours that utilize ramps, elevators, and stairs, both inside and outside. Tours are wheelchair accessible, but wheelchairs are not be provided. Wear comfortable shoes and dress for the weather.

Stadium Tours have currently been put on hold until further notice (we’re guessing fall 2021 or sometime in 2022). 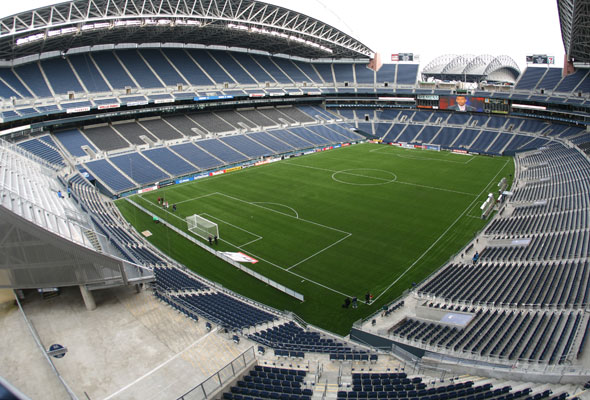 University of Washington fans can get a behind-the-scenes look at this state-of-the-art college football stadium. First built in 1920, Husky Stadium was renovated in 2013 to seat over 70,000 fans. It is now one of the largest stadiums in College Football.

Tours are offered to individuals and groups year-around by advance reservation only. Tour availability is affected by the gamedays, seasonal, and special events held throughout the year.

Lumen Field was originally the brainchild of Microsoft co-founder Paul G. Allen (1953-2018), who obtained an option to purchase the Seattle Seahawks in 1996. He then launched a campaign to build a new world-class football field, soccer stadium, and exhibition center on the site of the former Seattle Kingdome. Seahawks Stadium, as it was originally known, opened for the 2002 National Football League preseason. It was renamed Qwest Field in 2004, CenturyLink Field in 2011, and Lumen Field in 202. Today, Lumen field is home to the Seattle Seahawks and Sounders FC.

Tours of Lumen Field are approximately 90-minute. Tours begin and end at the Pro Shop at Lumen Field on Occidental Avenue. Lumen Field tour tickets must be purchased in person at one of the following locations: the Stadium Box Office off Occidental Avenue, the Downtown Seattle Pro Shop at 410 Pike Street, or the Renton Pro Shop location at the Landing. Tours do sell out, so you may wish to purchase tickets well in advance or keep your tour date flexible.  Tickets: Adults (12+) $14, Children (5-11) $8, Seniors (62+) and Military $10, Children 4 and under Free.

Tours are offered year around. However, tour schedules are affected by the seasons, gamedays, and special events held throughout the year. Group tours are also available, contact the venue for more details.

Home to the Major League baseball team Seattle Mariners, the first game at T-Mobile Park (formerly Safeco Field) took place on July 15, 1999. The nearly 20-acre outdoor ballpark features real grass and a one-of-a-kind retractable roof designed to cover, but not enclose the ballpark, which preserves an open-air game environment. The push of a button closes or opens the roof in an average of 10-20 minutes (depending on wind and other weather conditions).

Tours are offered year around. However, tour schedules are affected by the seasons, gamedays and special events held throughout the year–see the list below. Group tours are also available, contact the venue for more details. For more information or to purchase advance T-Mobile Park stadium tour tickets, visit: https://www.mlb.com/mariners/ballpark/tours

During the holiday season (November-December), no tours are available at T-Mobile Park due to the Enchant Christmas Light Maze & Market. For more information about Enchant, visit: https://www.mlb.com/mariners/tickets/events/enchant 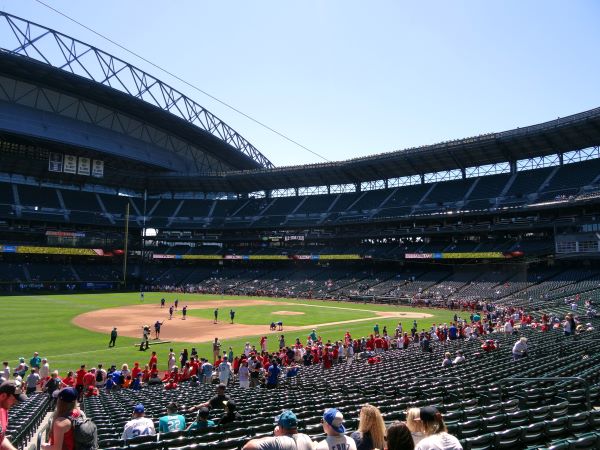