You are here: Home / Events & Things to do / Fairs, Festivals & Parades / Berry festivals in the Puget Sound region
← Free things to do in July
Chinatown-International District festivals →

June-July is the primary strawberry season around Puget Sound. The other types of berries come later, from July into September. And don’t forget cranberries, which come later in fall.

If you don’t get a chance to attend a summer berry festival, you can also find berries for sale throughout summer at a Puget Sound farmers market or go berry picking at a u-pick farm. 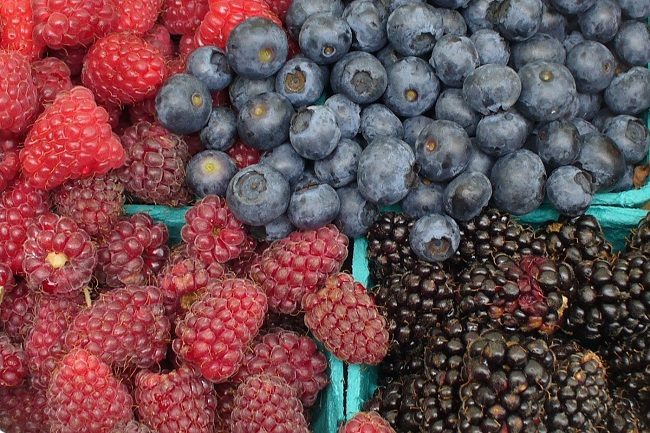 Washington State is one of the nations largest producers of many types of berries.

One of the first things to know about strawberries that grow in Washington State is that they are nothing like California strawberries typically found in grocery stores.

Washington State strawberry history goes back a ways. Commercial strawberry production began in the Pacific Northwest in the 1830s. In the first part of the 1900s, Japanese farmers on Bainbridge Island (and later in Skagit Valley) adapted intensive cropping practices to supply the Seattle market. Their farming was interrupted in World War II. After President Roosevelt signed Executive Order 9066 to evacuate these American citizens from the West Coast. Japanese-Americans were interned in Labor Camps. Most never returned to their berry farms.

There are generally two types of strawberries: June-bearing and everbearing. The season for June-bearing Washington strawberries is relatively short–just a few weeks in June. In a “normal” year, Washington State June-bearing strawberries are ripe for picking from around mid-month until the end of June. But the season can start earlier or later and go short or long, depending on the whims and vagaries of you-know-who, Mother Nature.

Everbearing varieties of strawberries are usually available earlier in June and again in late summer. Some of the strawberry varieties you will find (both June- and ever-bearing) from Washington State growers include: Hood, Nanaimo, Puget Reliance, Quinault, Rainier, Selva, Shuksan, Tillicum, Totem, Tribute, and Tristar.

Washington farmers grow the majority of the nation’s red raspberries, around 70 million pound each year.

Like strawberries, there are summer- and ever-bearing raspberry varieties. There are also seedless and seeded varieties—for obvious reasons many people prefer seedless ones.

Salmonberries grow in many places around the region. Similar to raspberries, salmon berries are orange (salmon colored) when ripe. The flavor is underwhelming compared to many other types of berries, somewhat bland and not very sweet.

Washington State is the largest blueberry producing state in the country with over 120 million pounds annually on both sides of the Cascade Mountains.

There are five main types of blueberries grown in the United States: northern highbush, southern highbush, rabbiteye, lowbush, and half-high. Most blueberry varieties are native to the eastern parts of the country. The northern highbush is most common type grown worldwide and in the Pacific Northwest. However, there are dozens of varieties and a typical farm usually grow a vew different ones.

If you’re going to a u-pick farm, they usually describe their berries by the intended use: fresh, in muffins, frozen for pie, blueberry sauce or jam, etc. I’m not too particular about which variety of blueberry I pick or buy. I’ve never met a blueberry that failed me in pie or sauce.

Fresh Washington blueberries are available June to September, with peak season in August in most areas.

If you want a truly wild, native (and most claim a much better tasting) berry, consider a day hike to pick native wild berries, including blackberries, as well as blueberries, salmonberries, thimbleberries, and huckleberries. For advice and particulars, read this article from Washington Trails Association about Berry Picking Hikes.

You can pick the ubiquitous roadside blackberries found throughout the region in urban areas. There are two species you are likely to see. The Himalayan and the evergreen blackberry—both European species of blackberry. Some people have concerns about these “wild” berries, being either covered with automobile exhaust or possibly sprayed with a weed killer. Others state they are bland in flavor compared to commercially grown varieties. But, many, many people pick and enjoy these “wild” berries.

*Marionberry and Logan berry are two of the most popular varieties of blackberry. Tayberries and boysenberries are similar but different crosses between blackberries and raspberries.

While Wisconsin produces most of the country’s cranberries, approximately one-third of the nation’s cranberry crop is produced in Washington State in Grays Harbor in Southwest Washington. The region celebrates cranberry history and culture every October with community festivals: Cranberry Harvest Festival in Grayland and Cranberrian Fair at Ilwaco on the Long Beach Peninsula. 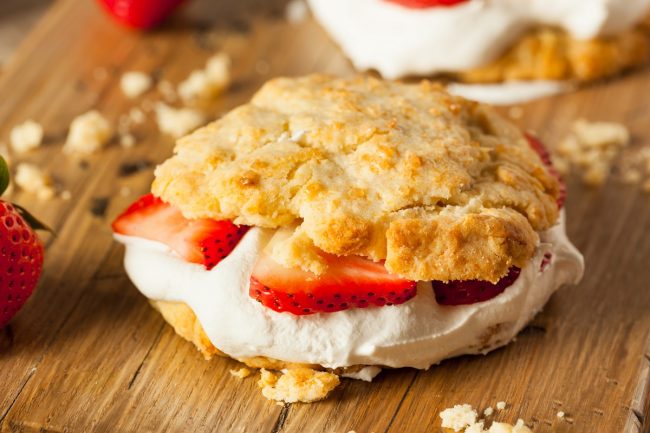 Bellevue Strawberry Festival. With no small amount of sadness, the board of the Eastside Heritage Center (producers of the event) decided end it as of 2019, which suffered from too much success and became difficult to produce.

Burlington Berry Dairy Days, held on the third weekend of June is one of the oldest berry festivals in Skagit County. There are family activities, delicious food, live music, craft vendors, fireworks, a parade, and more.

Joyce Daze Wild Blackberry Festival is held every year on the first Saturday in August, the town of Joyce, located on the northern coast of the Washington Peninsula about 100 miles from Seattle via ferry. The wild black berries that grow in the area are small and sweet. Festivities includes a pancake breakfast, crafts fair, parade, raffle, kids activities, a salmon bake, and entertainment.

Marysville Strawberry Festival, in mid-June is a volunteer run, scholarship and community festival, complete with a grand parade (Saturday evening on State Street) and kiddies parade, car show, carnival, vendors, beer garden. The weeklong festival has many activities leading up to the final weekend.

The calendar below includes berry festivals on our calendar. Most take place in June or July.