You are here: Home / Archives for black history month 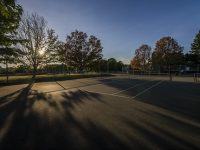 The African American legacy at Seattle Parks and Recreation is a lasting one.From the mid-1960s until 1987, Seattle Parks had the services of Willis Lee Ball, who went to work for the Seattle Parks Department when he was just 35 years old. He started as the parks recreation manager and several years later was promoted … END_OF_DOCUMENT_TOKEN_TO_BE_REPLACED