If you prefer to leave the cooking to someone else, Puget Sound area grocery stores offer prepared Thanksgiving dinner to go. The deli and catering department at your local grocery store are experts at preparing holiday favorites with Northwest style and flair.

Pre-order a turkey dinner from local grocery stores and everything comes packaged in ready-to-heat containers. Most of them are surprisingly affordable, especially after you factor in the time you save for shopping and cooking a big holiday dinner.

A complete Thanksgiving turkey dinner typically includes turkey, stuffing, potatoes, vegetable side dishes, and dessert. Many stores also offer ala carte dishes and other items such as salads, rolls, and desserts, plus vegetarian and gluten-free options and other selections.

So, whether you are doing the full meal, sharing duties with a potluck, or have a range of dietary needs, you can make the holidays more relaxing when you order a thanksgiving meal to go.

For best selection and service, order as far in advance as possible. Most stores begin accepting holiday orders by the first of November for Thanksgiving and the first of December for Christmas.

Most stores have an order deadline of Monday before Thanksgiving or four days before Christmas. However, stores can also sell out of some items even when ordering in advance. So as soon as you know your plans, place an order as soon as possible. Most stores require 100% payment when you place your order.

Expect to pick up your order 1 or 2 days before Thanksgiving or Christmas; many stores are closed on the holiday.

In the list below, we’ve listed the full-meal cost and number of people served. However, many grocery stores also offer ala carte entrees, including cooked or ready-to-roast meats, and heat-and-eat side dishes. In addition, many stores offer other meats (such as ham and lamb), vegetarian dishes, gluten-free options, and other choices. We’ve included some Asian-inspired foods as well, which are popular throughout the region for many.

Central Markets and Town & Country Markets Inc. is a regional, locally owned and operated, independent retail grocery company that began in 1957. They have stores throughout the Puget Sound region, including three operating under the Town & Country banner and three under the Central Market banner. Offerings and prices vary from store to store.

Ken’s Market (Greenwood and Fremont) independent, family-owned and operated grocery stores have been part of the neighborhood since the 1950s. They offer Turkey Dinners with sides at ala carte prices to serve 2 or more people.

Marlene’s Market is a family owned and operated natural food store with locations in Federal Way and Tacoma. They offer turkey dinners for two for $35 and a large dinner for 10-12 people for $180.

PCC Natural Markets began as a food-buying club of 15 families in 1953. Today, it’s the largest consumer-owned natural food retail co-operative in the United States. PCC has a lucky 13 locations in the Puget Sound region: Ballard, Bothell, Burien, Columbia City, Edmonds, Fremont, Greenlake Aurora, Greenlake Village, Issaquah, Kirkland, Redmond, View Ridge, and West Seattle. They offer recipes and a menu planning guide for a cook-your-own or build-your-own meal, including ready-to-roast or fully cooked meats and sides dishes. They have lots of vegan, vegetarian, gluten-free, and other special diet options in a range of prices.

Stockbox neighborhood grocery on First Hill has specials on the ingredients you need to prepare a traditional holiday Turkey dinner from turkeys and stuffing mix to potatoes, and fresh cranberries to canned pumpkin and much more.

Red Apple independent grocery markets include store locations throughout Washington state. Since they are independently owned, offerings vary from store to store. Visit their page to find a store near you. Some Red Apple stores have the ingredients to prepare a complete Turkey Dinner at modest prices.

Thriftway are independent grocery stores throughout Washington State. Since they are independently owned, offerings vary from store to store. Visit their page to find a store near you. Some stores have ready-to-heat roast turkey or ham dinners with sides fat modest prices.

Jack’s BBQ (Seattle/SoDo) offers12-16 pound smoked turkeys for $9/lb. A $50 deposit is required to place your order. You can also order ala carte sides, desserts, and fixin’s.

Peco’s Pit BBQ (multiple) typically offers smoked turkey and sides but you need to call for menu and pricing.

Lam’s Seafood Market is a family-owned grocery in Seattle’s International District featuring fresh seafood, tropical fruits, and Asian products you won’t find elsewhere. It’s a great resource for holidays meals if you are looking for someting different to serve, including seafood, hot pot (a great meal for any gathering), heat-and-eat Asian dishes, and fresh deli items such as Vietnamese spring rolls and banh mi.

Uwajimaya Asian Grocery is one of the largest Asian grocery retailers in the Pacific Northwest, beginning in Seattle in 1928. Uwajimaya has stories throughout the Puget Sound region and has become known as a destination store and information specialist on all things Asian, from it’s use of modern technology to emphasis on cleanliness, commitment to cultural sustainability, and cross-cultural understanding. For holidays or any gathering, it is a great store for fresh seafood, or a spectacular appetizer tray (48-hours notice) including sushi, barbecued pork, and chicken wings, as well as heat-an-eat Asian dishes to feed a crowd. 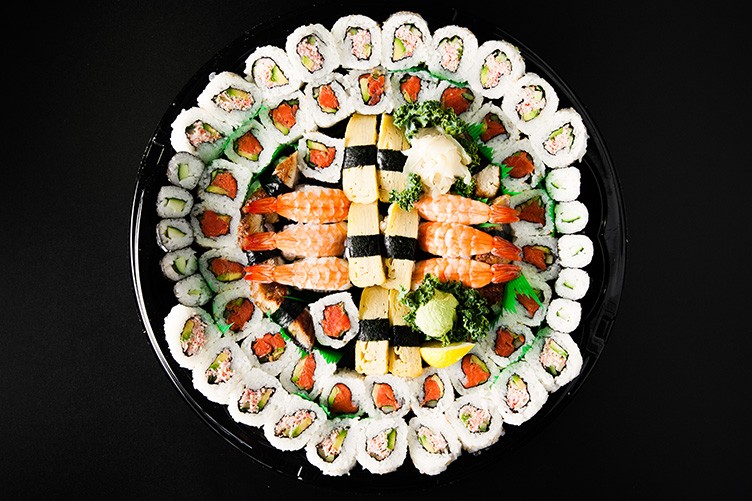