The West Seattle Bridge is Seattle’s most used street, typically carrying more than 100,000 travelers every day. It is a major route for cars and trucks to and from the West Seattle neighborhood. The bridge is approximately 1,300 feet long across three spans and arches 140 feet above the Duwamish Waterway. The bridge was constructed on site, with crews building segments on either side of the piers until the segments all connected. The much smaller Spokane Street Bridge parallels the West Seattle Bridge. Together, these roadways handle the complex vehicular and commercial traffic over the Duwamish and across Harbor Island.

Before the West Seattle Bridge existed, several other bridges were built along Spokane Street. The first three bridges were temporary structures, essentially swing bridges on the Duwamish Waterway, that were used between 1900-1918. In 1924, the first permanent drawbridge (aka bascule bridge) was constructed, called the West Spokane Street Bridge. 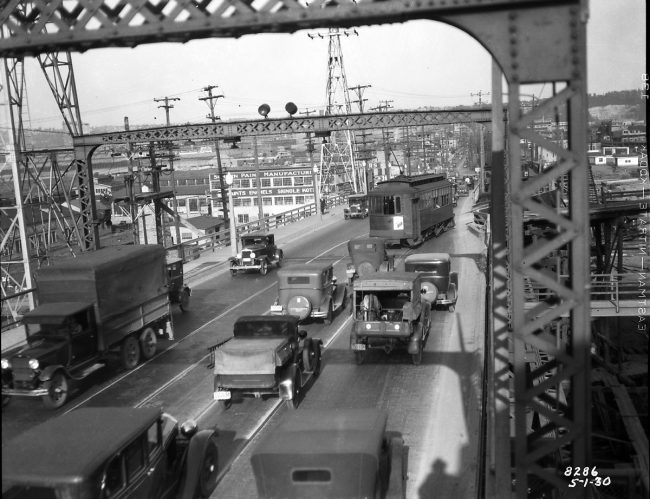 West Spokane Street Bridge traffic in Seattle, circa 1930. Replaced in 1984 and today known as the “low bridge”. Photo from Seattle Archives via Wikimedia (CC2)

By the 1970s, the Spokane Street corridor became one of Seattle’s worst traffic bottlenecks due to frequent bridge openings that accommodated container ships traveling the Duwamish Waterway. In 1968, the “Forward Thrust” ballot measure, along with other sources, included funding for a new high-rise bridge, eliminating the drawbridge bottleneck. But this project got mired in bribery and scandal, essentially shelving the project indefinitely (a city engineer went to prison—yikes). In 1978, the situation was made worse when the freighter “Chavez” hit the West Spokane Street Bridge. However, because the drawbridge was now damaged and permanently open, the project qualified for federal funds designated for “bridge repairs”. As many things politic go, it wasn’t a straight line to a new West Seattle bridge.

In 1984, the city finally got its solution. The West Seattle Bridge (aka “high bridge”) opened along with the new Spokane Street Bridge (“low bridge”) which parallels it. There was an increase in property values and a family housing and small business boom throughout the West Seattle neighborhood. Everyone was pretty happy for the next 36 years—with only the weather to complain about (this is an inside joke familiar to any reasonably long-time resident). 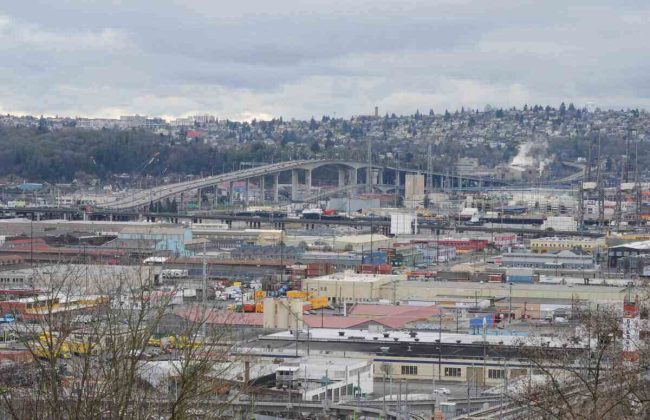 In 2020, Seattle Department of Transportation (SDOT) during its routine inspections of the bridge, began to notice rapidly widening cracks. In the interest of public safety, the bridge was closed on March 23, 2020. First, the extent of the problem needed to be determined, in part to decide whether to repair or replace the bridge. With input from the community and other considerations such as project length, minimizing impacts, and cost effectiveness, the decision was made to repair the high bridge. This included projects across affected neighborhoods to reduce impacts on local communities while repairs were underway.

The closure lasting more than two years and challenged travelers and businesses in West Seattle, South Park, Georgetown, SODO, and the city of Seattle as a whole. During the closure, with public safety in mind, daytime access to the Spokane St Swing Bridge was restricted to authorized users only to ensure that freight, transit, and emergency response vehicles could travel efficiently to and from West Seattle. For everyone else, alternate routes and signed detours included the 1st Ave S Bridge and South Park Bridge.

The West Seattle Bridge Program is a major effort to repair the West Seattle Bridge and to rehabilitate the Spokane St Swing Bridge. It will also improve access to the low bridge for different users and implemented more than 195 traffic mitigation projects to make travel in and around West Seattle safer and easier (typical Seattleite skepticism not withstanding). Repairs included three key procedures: 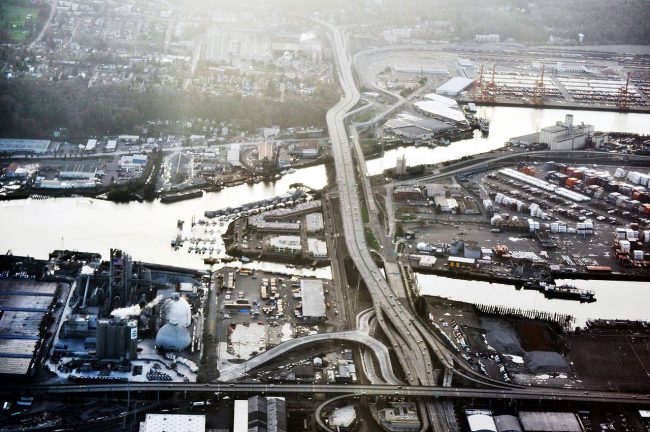 After two long years, SDOT is reopening the West Seattle Bridge. All restrictions will also be removed on the Spokane Street Swing Bridge. However, it will take some time to remove restriction signs, markings, and detour signs. A robust monitoring system is in place with instruments that provide real-time details and alerts to staff overseeing the performance of the bridge after extensive repairs, which will keep the bridge safe for decades to come. Neighborhood traffic is expected to return to normal levels in the following weeks.

Beginning September 18, the West Seattle Bridge and Spokane Street Swing Bridge will re-open for normal use.