You are here: Home / Sports & Recreation / Other sports & recreation / 7 affordable winter sports on ice and snow
← Our reader’s favorite things to do in 2019
13 free park entrance days in Washington State →

Here is a list of winter sports you can enjoy in Washington State, including popular sports such as skiing, ice skating, and snowboarding, as well as several other fun activities that appeal to a wide variety of recreational enthusiasts, from weekend family outings to athletes seeking more challenge.

Our list starts with indoor ice sports, followed by outdoor snow sports. The easiest (and cheapest) outdoor winter sports are listed first, followed by those that require increasingly complex (and more expensive) equipment, preparation, and skill.

Scroll through the information below, or jump to any of these activities immediately by clicking on the link in the following list:

Curling is a sport very much like boules, bocce ball, and petanque, where players attempt to roll their ball closest to the target. While bocce and petanque are played on grass or dirt with balls, curling is played on ice with “stones”—heavy, squat, handled disks—instead of balls.

To play the sport, each player slides granite “stones” on ice, trying to get closest to the center of the target (called the “house”) than the nearest stone of the opposing team. While the stone is traveling down the ice, the delivering team’s players are allowed to sweep in front of the stone. Sweeping is done with a broom specifically designed for curling. The sweeping action melts the surface of the ice slightly, which can alter the speed and the direction of the stone. A game normally consists of 8- to 10-end games.

The sport is 500 years old. It is believed to have originated in Scotland where large stones were slid over frozen ponds as a winter time activity. Today, curling is played on indoor ice rinks (called “sheets”). During the season, over a million curlers are on the ice during the season. It became a full medal Olympic sport in 1998. For most of us, it’s just a fun recreational activity.

Here’s where to try curling in the Seattle area.

For more information about the sport of curling, check out Inland Northwest Curling Club in Spokane and on the national front United States Curling Association.

Keep an eye out for the sport of curling at the 2022 Winter Olympics in Beijing, People’s Republic of China.

If ice skating appeals to you no matter what season, listed below are places where you can strap on some blades and glide across the ice year-around.  (Listed north to south throughout the Puget Sound region)

Ice skating is not available in any location. Due to the mild Washington climate, lakes do not freeze hard enough to permit safe skating.

A Sno-Park Permit, Special Groomed Trails Permit sticker (required with Seasonal Permit–see permit information) and a Discover Pass will need to be displayed on vehicles parked at Sno-Park sites.

Snowshoeing is easy to learn and a low-impact sport that almost everyone can do on the first try. Even children can learn snowshoeing beginning around age three or four.

Your pace out on the trail can easy or strenuous. Snowshoeing adapts readily to families with children or groups where the participants have varying athletic ability.

Snowshoeing requires only snowshoes. Poles are optional but make the sport easier, especially over long distances. Otherwise, you need appropriate layers of clothing suitable for the weather at your intended destination.

Before you head out on a trail, be sure you grasp basic snowshoeing techniques: walking with a wide stance (without stepping on the frames) and how to go up and down hills, traverse slopes, and use poles.

Here are some resources to help you get started with snowshoeing:

REI has introductory Snowshoeing Articles on their website., including a beginner’s guide, avalanche safety gear (if you plan to go into uncontrolled areas), snowshoeing with kids, and other helpful information.

After you gain experience and confidence and want more challenging trails and locations, turn to Washington Trails Association (WTA). The WTA hiking guide is a valuable resource for finding hiking trails in any season, including snowshoe routes. Search their guide for “snowshoe” to find dozens of possible hikes. Narrow your search by region, mileage, or elevation. When you strike out for more remote areas, keep these snowshoeing tips in mind:

Skiing and snowboarding are enjoyed in many of the same locations, including ski resorts with groomed runs as well as backcountry trails outside of patrolled areas.

Skis are more intuitive than a snowboard, since your feet are positioned straight ahead on two separate skis, which has a similar feel to walking or running.

There are two basic methods of skiing: downhill and cross-country. There are several variations, such as touring, telemarking, and freestyle mskiing, but these are the two basic types.

Equipment for either type of skiing is similar, with differences in the details. In both types of skiing, the skier’s boots are affixed to the skis in a binding and poles are used for balance and/or support. From there, the two types differ.

Downhill, also known as alpine skiing requires several techniques in order to learn how to control speed and turn on steep or flat and smooth or rough  terrain. The entire ski boot (heel and toe) is fixed by the binding. Learning downhill typically requires a succession of lessons to learn the various techniques, followed by weeks of practice to become proficient on all types of terrain and snow conditions.

Cross-country, also known as XC or Nordic skiing is much easier to learn. Only the toe of the boot is secured in the binding and the skier typically uses either a skating style or kick-style to propel themselves forward across the snow. Which style you use is dictated by the terrain—a skating style on groomed trails and a kick-style on either groomed or ungroomed terrain.

Snowboarding is the winter equivalent of skateboarding or surfing, with some elements of skiing. Like skateboarding and surfing, the rider stands nearly perpendicular on the board. Like skiing, their boot is held onto the board by a binding.

The biggest hurdle to learning snowboarding is getting used to the fixed, sideways stance, then using the body to control the board direction. It typically takes quite a few falls over as many days to learn these basic techniques. For most boarders the progression to more difficult terrain occurs quickly once the grasp the feel for how to control the board. Beyond these basics, there is much personal variation in style from one snowboarder to another as he or she glides downhill or performs tricks on a half-pipe.

If you’ve mastered groomed runs and off-trail skiing or snowboarding at a ski resort or patrolled ski area, you might want to venture into remote, untamed backcountry terrain.

If you do, the first step is to become familiar with assessing avalanche hazards, as well as training and equipping yourself for this near and present danger.

It’s a good to take an avalanche course to learn about the dangers, proper gear, and survival techniques. In addition, consider a backcountry course to learn about the issues that make backcountry trips different from activities in controlled areas, which have already addressed avalanche danger, as well as provides patrol and rescue services if needed.

Here some resources to get you started with backcountry winter sports:

Snowsports Articles on the REI website, including several articles on avalanches and on backcountry snowshoeing, skiing, and snowboarding.

Mountaineers Books offers dozens of titles on snow touring skills, avalanche safety, and locations. Search their catalog for books on winter sports. Here are a few about snow routes and trails in Washington:

Washington Trails Association (WTA) offers a hiking by seasons guide, which is a great resource for finding hiking trails any time of year, including winter trails. While many of the suggestions include hikes at lower elevations without snow, there many suggestions for snowshoeing and cross-country skiing, plus safety tips, links to skills courses, and a list of Skiing & Snowshoeing Information.

Snowmobiling is one of Washington State’s most popular winter recreational activities. There are over 3,500 miles of groomed and marked snowmobile trails. Most of these trails are on public lands (National Forests, Bureau of Land Management, Washington DNR, State Parks), managed through the Washington State Parks in cooperation with many other public and private entities.

Snowmobiling can take you to remote locations not easily accessible by other means. On sunny days you can cruise to stunning views in just an hour or two. Night time treks are also possible, which offer a different ethereal experience through a dark forest.

No experience or skills are required. However, snowmobiling is the most expensive winter recreation, upwards of $100 per hour for drivers on short rides, with lower rates for extra riders or half-day rentals and higher rates for guided tours.

Here is more information about where to ride and rent snowmobiles in Washington State:

Washington State Parks Winter Recreation Program manages Sno-Parks throughout the state, which are cleared parking areas near groomed and backcountry trails. There are parks for motorized (snowmobile) and non-motorized recreation (cross-country skiing, dog sledding, snowshoeing, and snow play). Snowmobile Sno-Parks require a permit and may require a Discover Pass.

Motor Toys in Cle Elum, Washington (about 85 miles east of Seattle on I-90) offers rentals and guided tours by snowmobile, as well as ATVs and scooters in warmer weather.

Leavenworth, Washington (about 135 miles east of Seattle on I-90) is a popular location for an introduction to snowmobiling and offers snowmobile rentals. 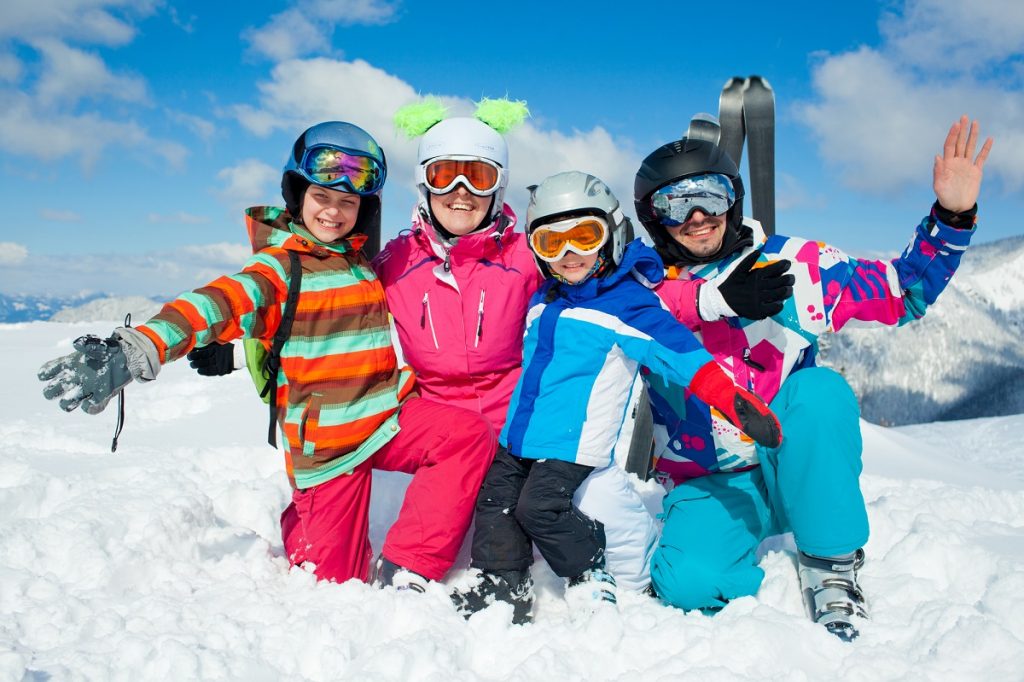