You are here: Home / Holidays & Seasonal / All about National Doughnut Day
← Best things to buy in May
Free Fishing Days June 11-12, 2022 in Washington State →

We found out not only how National Doughnut Day got its start, we’ve delved into the history and mystery of these fried wonderments. Makes a good read while you enjoy a donut on National Doughnut Day, celebrated every first Friday in June at donut shops across the country.

The Salvation Army started National Donut Day in 1938. But the story begins much earlier.

In 1917, The Salvation Army began to provide support for U.S. soldiers fighting in World War I. Volunteers traveled overseas and to work near the front lines and supply soldiers with clothes and other needs, including baked goods.

In 1938 the modern Doughnut Day, launched in Chicago with a “Doughnuts to Dollars” charity drive selling paper doughnuts that today has grown into a “holiday” about free doughnuts and discounts, rather than charity. 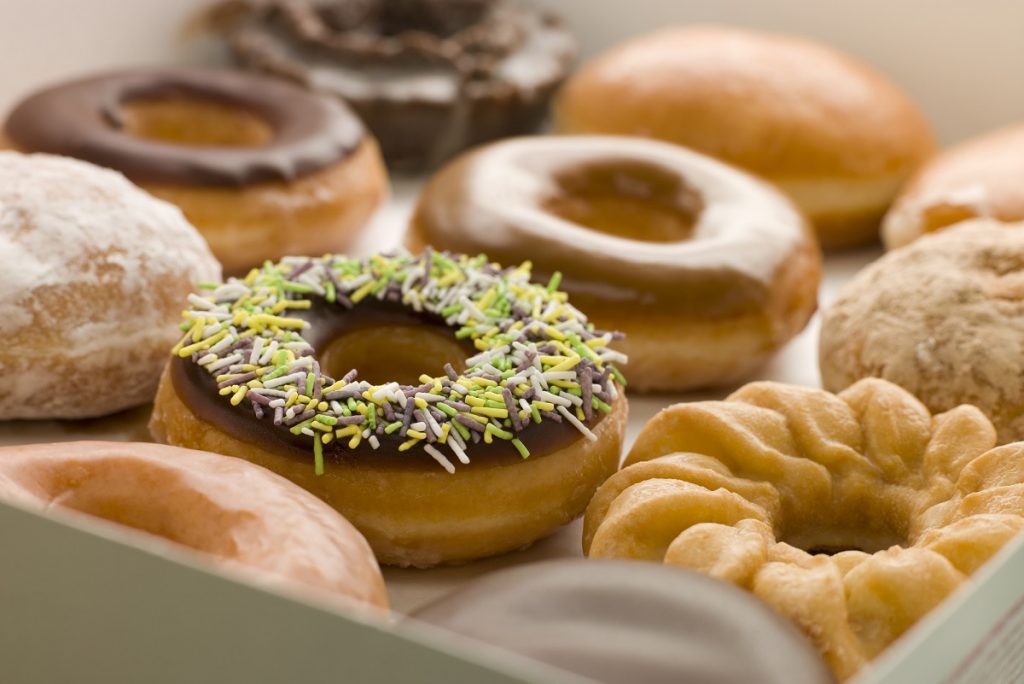 Modern doughnuts have an interesting history. Photo by monkeybusiness via DepositPhotos.com

The wHole History of Doughnuts

FoodTimeline.com reports doughnuts (via Oxfgord University Press) have a long history with roots in ancient Rome and Northern Europe. Washington Irving is generally credited for introducing doughnuts to America in 1809.

A Smithsonian article about doughnut history reports that archaeologists keep turning up fossilized bits of what look like doughnuts in prehistoric Native American settlements and there is a convoluted dougnut history (full of who knows how many holes) that includes Dutch immigrants, Russian exiles, French bakers, Irving Berlin, Clark Gable, and a number of Native Americans.

Encyclopedia.com states that bread history goes back to 8,000 BCE in Egypt. So, I can only imagine that somewhere between 8,000 BCE and 500 AD, some enterprising soul (and likely several at the same time in different places), had some dough and a vat of melted fat, and a match was made.

Indeed, there are examples of some sort of fried dough in cultures across the globe, including Africa, Asia (China, India and elsewhere), Central and South America, Mediterranean cultures, Jewish cuisine, and on and on.

Any good cook worth their salt (or anyone hungry), would figure out that frying dough can be a tasty treat. It’s as logical as meat and fire, rice and beans, macaroni and cheese.

So, is it spelled doughnut or donut?

“The word [doughnut] is presumably an allusion to the small, rounded shape of the original doughnuts; the element -nut is used similarly in gingernut and its now obsolete synonym spicenut.”
—An A to Z of Food & Drink John Ayto [Oxford University Press:Oxford] 2002 (p. 113)[NOTE: according to the Oxford English Dictionary, the word “doughnut” was first printed in 1808. “Donut” is a 20th century USA phonetic rendering.]

What about donut holes? 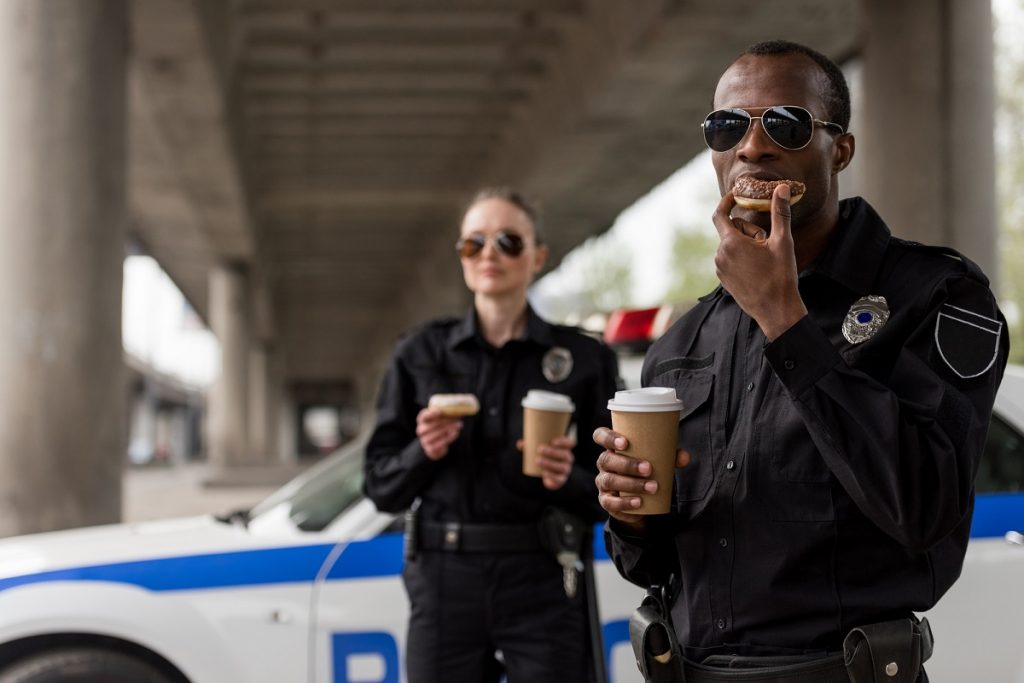 To any well-rounded cook, it’s not a mystery; in fact, it’s obvious. It’s not like you need to be a detective.

First of all, if you cut a ring of dough, you may as well fry the ball of dough you took out in the middle. If you re-formed a bunch of holes into another ring, the resulting doughnut would be tough. And nobody wants a tough doughnut (the horror!). And no good cook wants to make bad doughnuts.

Second, the hole is cut out to help the round doughnut fry more evenly. Simple as that.

National Doughnut Day (aka “Donut”) is the first Friday in June.

Some of Seattle’s local and America’s favorite national donut shops offer a sweet freebie or other deals for #NationalDonutDay. Listed below is a round-up of our favorite shops, which make for a sweet outing any time of year. We focused on mostly local shops offering a wide range of classic donuts and styles from around the world, plus some national chains offering a NDD deal.