Free Comic Book Days are simply that–a day when you can get a free comic book from well-known publishers like DC Comics and Marvel Comics at participating comic book specialty shops across North America and around the world. They give away comic books–absolutely free–to anyone who comes into their shops. Don’t expect to pick up a free comic book at the grocery store or drug store. Free Comic Book Day celebrates independent specialty shops selling comic books and related products.

There are independent comic book shops throughout the Seattle-Tacoma metro area, including the Kitsap Peninsula. Thousands of participating stores exist across North America. Each comic book store is unique, with a style and personality all its own. Each store typically carries comic books and graphic novels, as well as toys and related merchandise. And each shop determines whether or not to participate in Free Comic Book Day.

There are two Free Comic Book Days each year, May and October. More details about each day are listed below.

The history of comics in the United States can be traced to the 1920s. (Actually, it goes back a little farther, but its appearance was brief.) Newspaper comic strips were collected and reprinted as a soft cover comic book or pamphlet. These comic-strip reprints are the earliest forms of American comic books. In the 1930s, original illustrated stories began to be written to produce new comic books. Superheros and Detective stories dominated the new literary form. Racists forms were also not uncommon and depicted both black and Asians as derogatory stereotypes. Things certainly took off from there.

Today, popular comic book genres include manga, superhero, sci-fi, horror, humor, and non-fiction, including “real life”. There are comic books produced in many other languages and countries, including South Africa, India, Thailand, Germany, Poland, Slovenia, Puerto Rico, Argentina, and many other locales. The U.S. comics market is dwarfed by the Japanese and French comics markets, each capturing about 40% of the worldwide share, with the U.S. coming in around 10% (See Wikipedia/Comic_book.) 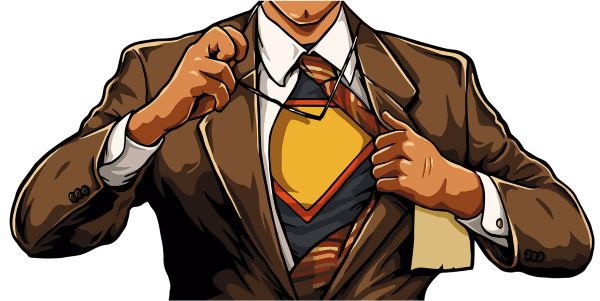 There are a few terms you may know before you visit an independent comic book store for the first time.

Note that many of these terms are interchangeable. A graphic novel can refer to a reprint collection, or an original story in hardcover or soft cover. Similarly, all of the formats above can be called comics or comic books, including graphic novels. But not all comic books are graphic novels.

There is a lot more to know about comics. You may be interested in learning more about collecting comics (see below). 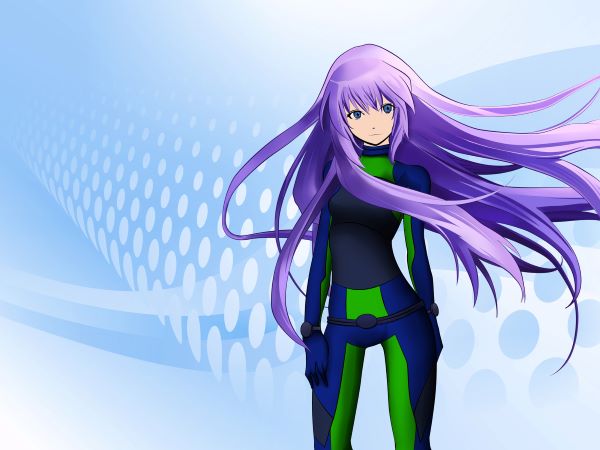 The term graphic novel has been in use since the 1970s, though it did not catch on until a decade later. While graphic novels are comic books, the distinguishing factor for a graphic novel is length. Listed below in no particular order are several novels in different genre from classic to contemporary that have been adapted into graphic form. This list represents just a few of the hundreds of available adaptations. Many of these book titles may be familiar to you:

Some literary critics have shunned graphic novels for not being “serious” works. However, they have become unto their own as a legitimate art form. Most notably, “Maus” is a graphic novel by American cartoonist Art Spiegelman. The story recounts Spiegelman’s interviews with his father, a Polish Jew, about surviving the Holocaust. The comics were published serial in the annual issue of RAW magazine from 1980 to 1991. The completed graphic novel, published in 1991, received a Pulitzer Prize Special Citation in 1992.

Collectible comics can be found at independent specialty stores, as well as at comic book conventions, flea markets, auctions, private dealers, and resources as the Overstreet Comic Book Price Guide, which lists the current value of individual comics. For example, Action Comics # 1, the first appearance of the Superman series, originally sold for 10 cents. Today, copies of Action Comics # 1 are so rare that a copy in excellent condition could sell for over $1 million.

Most comic book collectors first choose a purpose for their collection, which might be simply for pleasure, as an investment strategy, or any other desire or goal. A collector can define their focus to those of a particular time period (pre-WWII) or genre (horror or manga, etc.), showcase different artwork styles, have unique or interesting storylines, to collect pop culture memorabilia, or any other goal.

If you decide to collect beyond a few comics for pleasure reading, do set a budget, start slowly, and visit independent comic shops to talk with owners and staff about comics and graphic novels. Avoid impulse buys or emotional purchases and research carefully before you plunk down your hard-earned cash. Above all, keep it fun!

Serious collectors must also learn proper storage and preservation techniques, such as placing comics protective sleeves and storing them away from direct light and heat.

Different independent comic book shops have policies on the distribution of comics on free comic book days. But you will receive at least one free comic if you enter a participating shop location.

Since 2002, Free Comic Book Day has been held the first Saturday in May.

As the day approaches, www.FreeComicBookDay.com will update the list of participating retailers. You can usually check this list beginning in early April.  To find a participating shop near you, search: https://www.freecomicbookday.com/StoreLocator

More info: https://freecomicbookday.com/. Subscribe to their e-mail newsletter to be alerted when the database is ready. 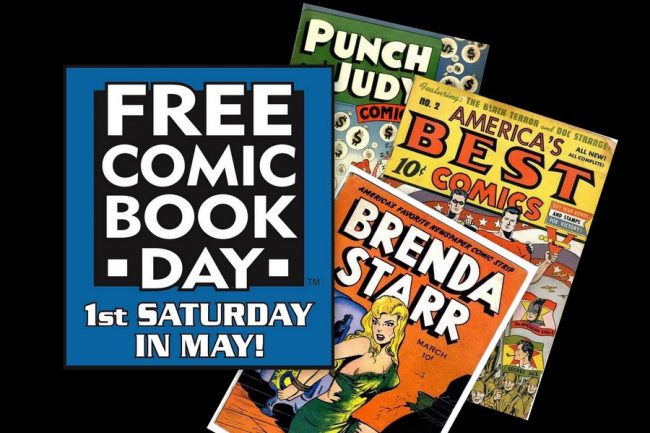 Halloween ComicFest is held on the last Saturday in October. It’s the Spooky version of Free Comic Book Day! While the Free Comic Book Day in May includes all genres, ComicFest focuses on Halloween and horror-themed comic books, collectibles, and other merchandise.  Participating comic book specialty shops across North America and around the world give away specially published comic books absolutely free to anyone who comes into their shops.

In 2020, on the heels of their successful Free Comic Book Summer 2020, Halloween ComicFest will shift this year to focus exclusively on merchandise and collectibles. (So, no free comics, in case you were wondering–like we were.)

In 2021, Halloween ComicFest was cancelled.

To find a comic shop near you, visit www.comicshoplocator.com. More info: https://halloweencomicfest.com/ 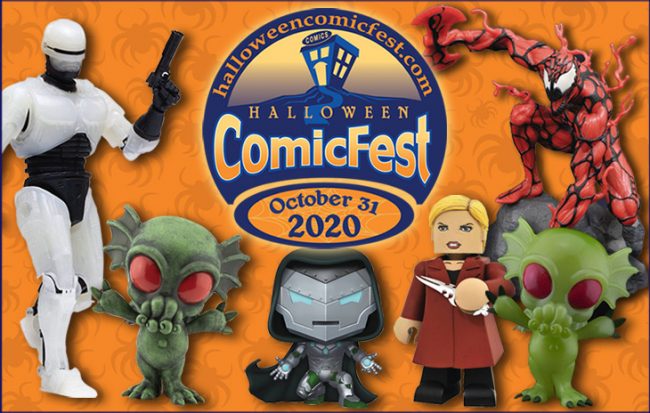