You are here: Home / Living in Seattle / Health, Fitness & Safety / TED secrets to happiness and success
← Best value gym and CrossFit
Our reader’s favorite things to do in 2019 →

Most people want success and happiness. Achieving both is one of the tricky bits of life. And it’s not the same journey–or destination–for any two people.

One thing you can do is to occasionally pause and reflect on your progress–perhaps on your birthday or when pondering New Year Resolutions. If you have a partner, it could become a ritual for an anniversary or weekend getaway.

About TED – Ideas Worth Spreading

TED began in 1984 as a conference where Technology, Entertainment and Design (TED) converged. TED is owned by a nonprofit, nonpartisan foundation to make great ideas accessible to everyone around the world.

Today, TED is a global community, welcoming people from every discipline and culture who seek a deeper understanding of the world. TED believes passionately in the power of ideas to change attitudes, lives and, ultimately, the world. There are now a number of TED conferences throughout the year. TED touches on almost all topics — from science to business to global issues — in more than 100 languages. The primary method for spreading ideas is in the form of short, powerful talks of 18 minutes or less.

In addition, the TEDx program helps communities, organizations and individuals produce TED-style events at the local level. (The “x” in TEDx = independently organized event.) TEDx events are planned and coordinated on a community-by-community basis, under a free license from TED, including TEDx Seattle.

If you can’t attend a TED conference or TEDx event (tickets are fairly pricey), you’ll find hundreds of TED Talks from the world’s most inspired thinkers on TED.com. So, anytime you are looking for inspiration, it’s a good resource to keep in mind. You can even sign up to have a customized selection of TED talks sent to you on topics you choose.

Here are some thoughtful TED Videos about happiness and success we’ve chosen to get you started right now.

Secrets to Happiness by Buddhist monk Matthieu Ricard at TED2004

What is happiness and how can we all get some?

In a 20-minute TED talk about finding happiness, Biochemist turned Buddhist monk, Matthieu Ricard says we can train our minds in habits of well-being, to generate a true sense of serenity and fulfillment. Sometimes called the “happiest man in the world,” Matthieu Ricard is a Buddhist monk, author and photographer.

Listen to Matthieu’s talk on TED or click on the embedded video below.

8 Secrets of Success by Richard St. John at TED2005

Why do people succeed? Is it because they’re smart? Or are they just lucky?

Neither. Analyst Richard St. John condenses years of interviews into an unmissable 3-minute slideshow on the real secrets of success.

Richard is a self-described average guy who found success doing what he loved. He spent more than a decade researching the lessons of success — and distilling them into 8 words, 3 minutes.

Listen to Richard’s talk on TED, or click on the embedded video below.

Calendar of meditation events in the Puget Sound region

Listed below are upcoming meditation events in the Puget Sound region. 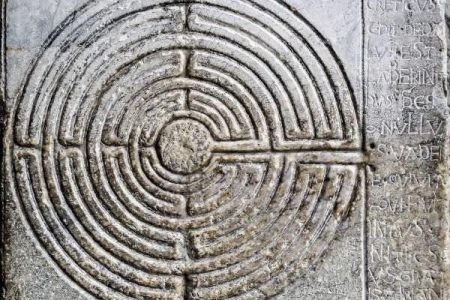