The North American Aerospace Defense Command (NORAD) is a United States and Canada bi-national organization charged with the mission of aerospace warning, aerospace control and maritime warning in the defense of North America. 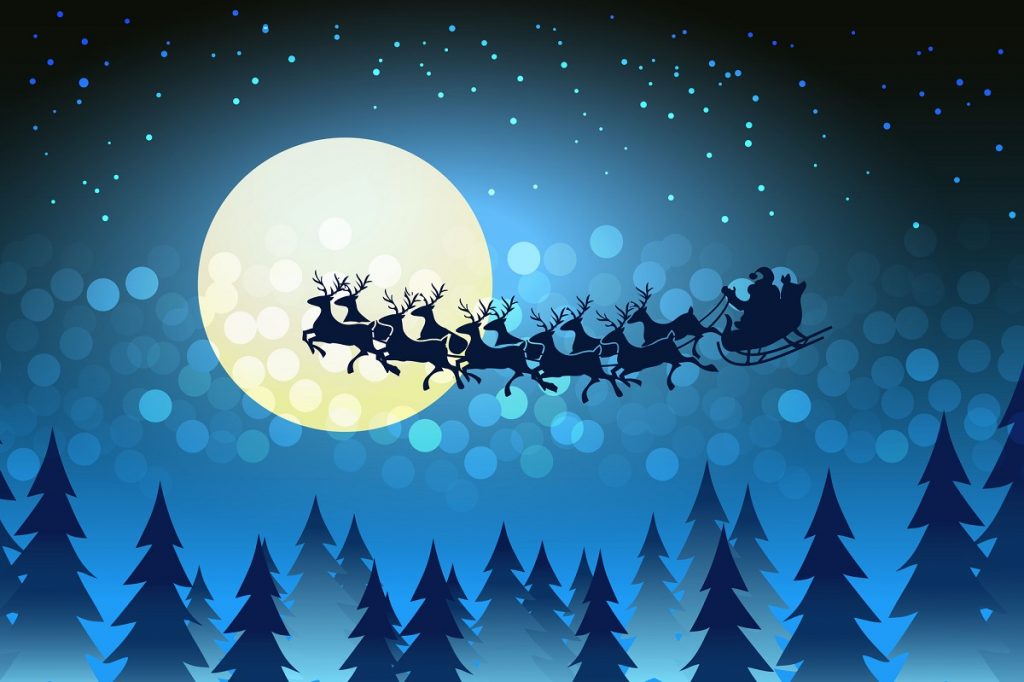 Santa and his reindeer by moonlight – DepositPhotos.com

The operations center director was quick to realize a mistake had been made and assured the boy that CONAD would guarantee Santa a safe journey from the North Pole. Thus a tradition was born!

The tradition rolled over to NORAD when it was formed in 1958. Each year since, NORAD has dutifully reported Santa’s location on December 24 for millions of children and families around the globe.

Here’s the live feed from NORAD on Santa’s current location:

You can also track Santa from your desktop by going to www.noradsanta.org.

Or, download a free app for your smartphone! Get NORAD for Android or NORAD for iApple. The app is available in eight languages: English, French, Spanish, German, Italian, Japanese, Portuguese, and Chinese.

Thanks to Carolyn at Wichita On The Cheap for pointing out this valuable information. 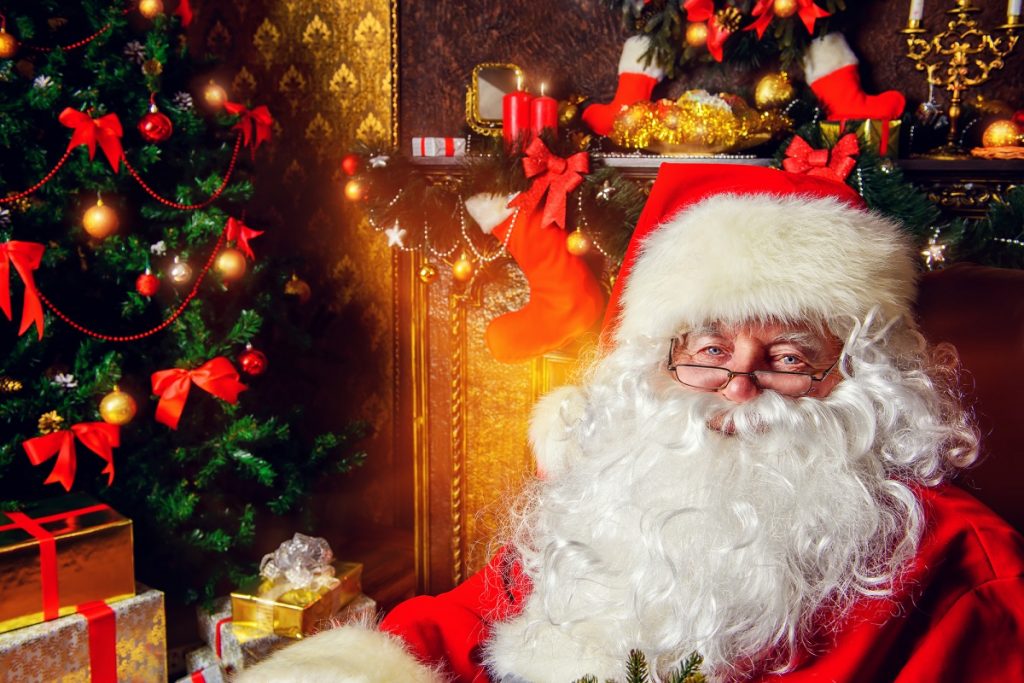