You are here: Home / Performing & Visual Arts / Movies, Films & Documentaries / 7 things to know about Scarecrow Video rentals
← How WA residents can save on medical marijuana
Affordable comedy shows in Seattle and Tacoma →

Before you ask why is it the world’s best video store, it’s interesting to know that the largest streaming services today are estimated to offer between 10,000-20,000 movies at any given time.

By contrast, Scarecrow’s video collection exceeds 130,000 film titles. And, their library continues to grow. They add anywhere from 3,000 to 5,000 titles every year. That alone would make them pretty darn great. But that’s not the half of it.

It’s true that on-demand streaming services offer the public access to much more entertainment than in the past. However, many titles through streaming and rental services become unavailable because of licensing  issues, technology changes, or are forgotten if not destroyed. The titles acquired by Scarecrow are not limited by technology or commercial value. They hold many rare titles not available anywhere else, not even at the Library of Congress.

For example, Scarecrow not only has every one of the movies on the list of 100 Greatest American Films of All Time by the American Film Institute, they have several in multiple formats or with bonus features. By contrast, you can expect a streaming service to have just eight out of the 100 and those eight may be gone next month.

The Scarecrow video library represents over 125 years of film and cultural history from 129 countries. The collection includes rare documentaries, a vast collection of anime, and this year’s Oscar winner for best picture. They offer many non-commercial, rare, hard-to-find, and out of print titles, plus foreign and independent films in a wide range of formats (VHS, laser disc, PAL, DVD, Blu-Ray).

The people who work at Scarecrow love film and are passionate about universal access to film’s made worldwide. Once a film is added to the Scarecrow collection, it will be available forever (damage notwithstanding).

A brief history of Scarecrow Video 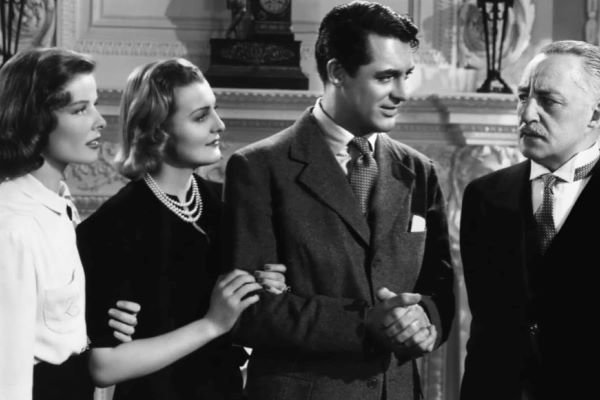 Scarecrow has existed with one vision: to bring people and film together.

Greek-born George Latsios learned English by watching American movies and collected movies as a teenager. He emigrated to the U.S. in 1983 with his video collection. George and his wife Rebecca founded Scarecrow in 1986, when George began renting a couple hundred of his personal VHS tapes out of the back of his friend’s record store.

In 1988, they opened a video rental store in the university district featuring 600 titles. Over the next decade, George bought so many movies it plunged the business into bankruptcy with debt topping a half million dollars.

In 1999, the store was sold to Carl Tostevin and Mickey McDonough. George and Rebecca divorced and George moved back to Greece. He died of brain cancer in 2003. By 2013, video rentals at the now infamous store had nevertheless plummeted along with the overall decline of the home video rental market.

In 2014, to ensure the collection was not dispersed or sold to a private collector without public access, the store transitioned to a non-profit business.

Today, it is still something of an experiment, to run a video rental business from a non-profit video archive library. But one thing hasn’t changed and that is access to movies. Scarecrow Video remains dedicated to making sure the community has access to the broadest possible collection of motion pictures in the best available format. 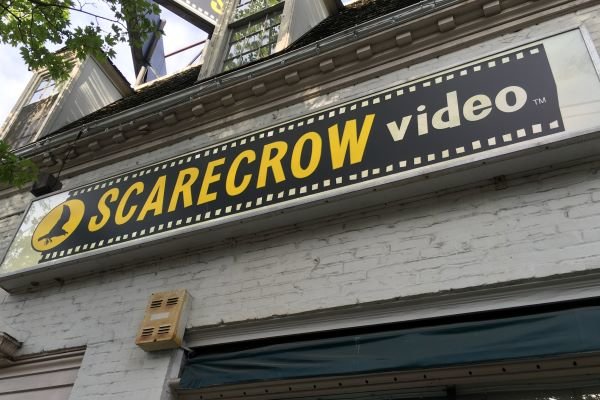 Stay informed. Sign up for their newsletter to get the latest news about in-store events, screenings, new releases, and more.

Donate! Think of Scarecrow like KEXP or PBS. They regularly do fundraising to provide operating revenue that rentals don’t cover. Visit their website to donate online. They also accept donations of video discs/tapes and will provide you with a tax-deductible receipt.

Volunteer! If you don’t have money or movies to donate, you can also volunteer.

Free screenings. Besides rentals, free film screenings are hosted frequently in the store; visit their website and check the calendar to see what they have scheduled.

Screening room rental. You can also rent their screening room with seating for 35 people; rental includes the film of your choice from their collection.

7 things to know about renting at Scarecrow 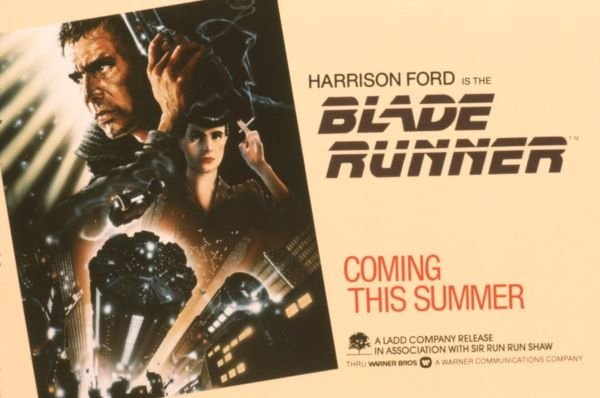