Seattle has over 400 parks. Here, we’re listing just a handful that can be fun to visit, even on a drizzly day–not that there are many rainy days in Seattle (just kidding).

These parks are great for a walk in the rain because they feature paved walking paths and some have indoor features. They’re also fairly short walks, which means you won’t be outside too long.

Of course, you’ll want to dress for the weather and bring an umbrella or wear rain gear to ensure that you stay dry and comfortable.

The parks are listed in order of their location in Seattle, going from north to south.

Green Lake Park, located north of the ship canal, is Seattle’s iconic urban park and natural preserve for hundreds of species of trees, plants, and birds.

The 2.8-mile path around the lake is well-maintained and a popular recreational spot for walkers, as well as runners, bikers, and skaters. Since the path is so heavily used, walking around the lake on a drizzly day offers you a different perspective as a quiet respite from the usual hum of activity.

Nearby cafes and restaurants are the perfect spot to warm up and fuel up before you head home. 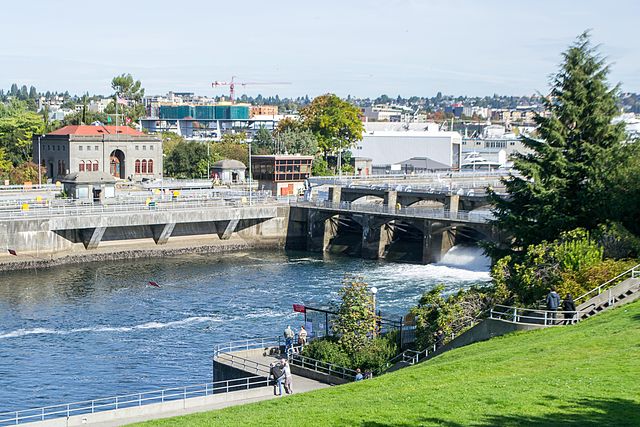 Hiram M. Chittenden Locks (informally known as Ballard Locks) is situated in the middle of Salmon Bay along the north side of the Lake Washington Ship Canal, which bisects the city of Seattle (Google map). This isn’t a Seattle city park, rather a facility operated by the U.S. Army Corps of Engineer. The canal connects (salt water) Puget Sound to (fresh water) Lake Washington. Known locally as “Ballard Locks” for the neighborhood immediately to the north, Chittenden Locks solves the 20-foot difference in water levels between Puget Sound and Lake Washington. The locks and ship canal is open to ship traffic 24 hours a day, seven days a week, to provide a transportation route for thousands of commercial vessels and pleasure craft that want to navigate between the sound to the lake.

The fish ladder is a special feature of this park that visitors won’t want to miss. In the fish ladder viewing gallery, you can watch salmon migrate mid-June through September. During the rest of the year, it’s still and interesting structure to see. Salmon have always been vital to the Pacific Northwest’s ecosystem. The U.S. Army Corps of Engineers, Seattle District Engineer Maj. Hiram M. Chittenden, for whom the locks are now named, understood this and planned on incorporating a fish ladder in the designs when he proposed building them in the early 1900s. Moving through the Canal and lakes they will reach the spawning beds in late September/early October. The best times for viewing salmon migrating upstream in the ladder are:

The fish ladder and the grounds around the locks, the Carl S. English Jr. Botanical Gardens, are open everyday from 7 a.m. to 9 p.m., including all holidays.

Nearby Ballard is a perfect spot for a bite to eat or some refreshment before heading back home.

Commodore Park offers great views of Salmon Bay along the south side of Seattle’s Lake Washington Ship Canal (across from Ballard Locks). Water flows through the spillways and ships and boats of all sizes can be observed traversing the Ballard locks.

There is a short, comfortable walk along a promenade, featuring cozy shelters in case you are caught in a downpour. The walk ends at the canal, where the fish ladder is clearly visible.

After your visit, head into Ballard, or back to city center or the Seattle waterfront to find a restaurant or place for refreshment.

Elliott Bay Trail is a 5-mile trail located along on Seattle’s waterfront north of Pier 70 and passes through three parks:

After your stroll, walk south along the waterfront to find restaurants and eateries or one mile south to Pike Place Market. 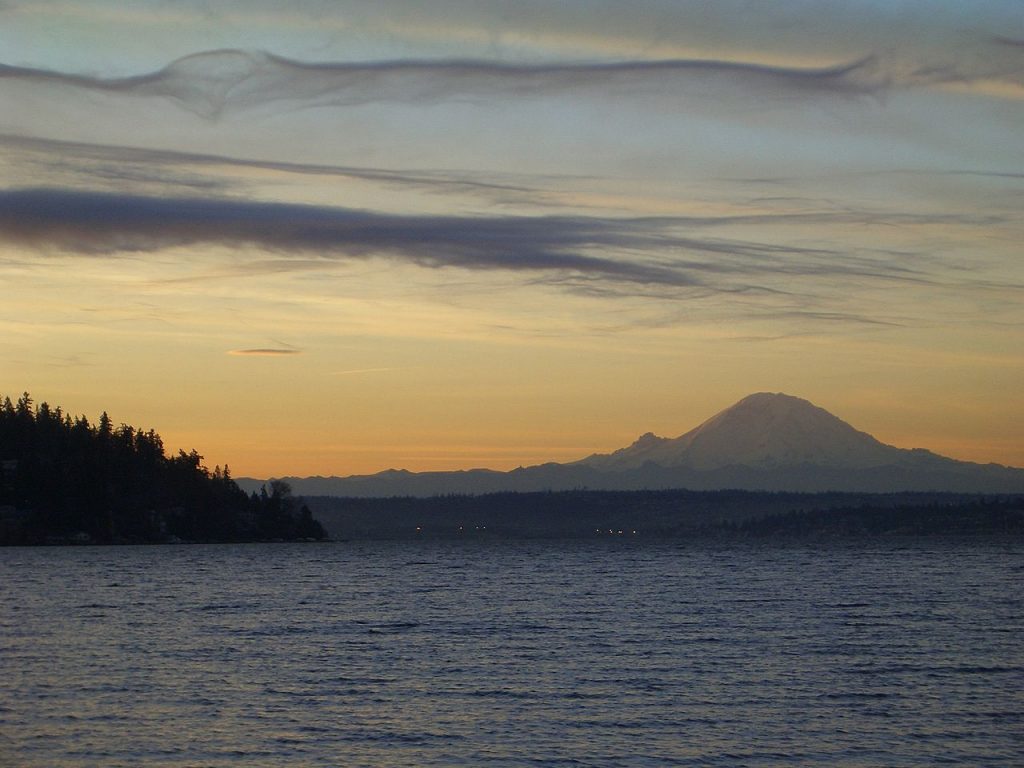 Seward Park in south Seattle features an easy, flat, paved perimeter path around an old-growth forest with beautiful, natural views of Lake Washington, including Mount Rainier on days the “mountain is out”. The Park is home to an environmental center, a partnership between National Audubon Society and Seattle Parks & Recreation.

The Seward Park Environmental & Audubon Center is open Wednesday through Saturday from 10 AM to 5 PM. Check their calendar for events; something fun and interesting is always happening, such as guided nature walks or science workshops. Many are free, but some have a low fee ($2-$7). Every other weekend from September through June is “Super Saturday” when you can enjoy free arts, crafts, and science activities for the whole family. For example, during Coyote Super Saturday, people learned all about coyotes and made coyote scat ice cream. Other Super Saturday topics include “Bugillions” of Bugs, Urban Gardening, and Science of Snow.

However, if walking in a park in the rain just doesn’t appeal to you, then try our other suggestions for best things to do on a rainy day in Seattle.