PAX is a series of gaming conventions held in Seattle, Boston, Melbourne, Philadelphia, and San Antonio. Each PAX is a show dedicated to supporting and celebrating video and tabletop gaming.

It’s an expensive gig that we don’t usually promote, but for those who are interested in gaming, PAX West is a splurge that we recommend at Greater Seattle on the Cheap. The PAX West one-day ticket (badge) has been $60, although there are volunteer opportunities (PAX West “enforcer”) available, which can allow you to participate by trading some of your time for entry.

(Actually, we promote many Fun ways to volunteer around Puget Sound. It’s a great way to participate in expensive events, plus you get to meet interesting people with interests the same as yours as well as get a behind-the-scenes look at all kinds of events.)

In 2004, PAX was founded in Seattle by Washington natives Jerry Holkins and Mike Krahulik, authors of the popular web comic Penny Arcade. The Penny Arcade convention focused exclusively on gaming, following in the footsteps of comic, anime, and other geek hobbies. More info about Penny Arcade: https://www.facebook.com/Penny-Arcade-19103799704/ and https://www.penny-arcade.com/. That first year, a 4,500-person event was held in Bellevue, WA.

Subsequent years saw the show double in size until venues reached capacity, prompting the creation of the Boston-based PAX East in 2010. PAX East drew tens of thousands of attendees in its inaugural year and Penny Arcade hasn’t looked back since, quickly expanding to markets around the world while still staying true to the original formula of celebrating all aspects of gaming and game culture.

Like Emerald City Comic Con, PAX West is a fascinating microcosm of pop culture, even if you aren’t into games.

Today, PAX is now a series of gaming conventions held in cities across the country throughout the year, including Seattle (PAX West and PAX Dev), Boston (PAX East), Philadelphia (PAX Unplugged), and San Antonio (PAX South), as well as Melbourne, Australia (PAX Aus). Each PAX show is dedicated to supporting and celebrating video and tabletop gaming. Founding dates of each convention: 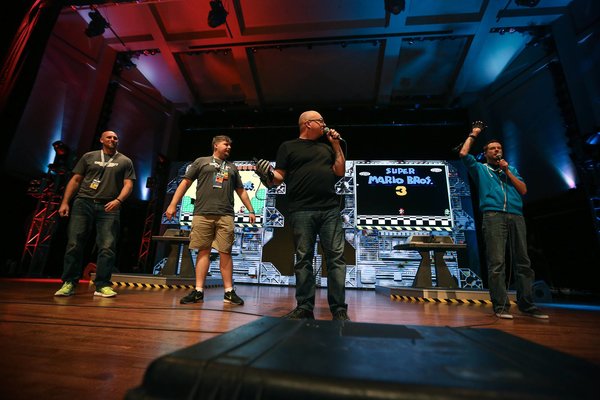 *The “badges” reference comes from a widely quoted and paraphrased line from the 1948 movie “The Treasure of the Sierra Madre” starring Humphrey Bogart; the screenplay was adapted from a 1927 book of the same name. The film is about two Americans searching prospecting for gold in the Sierra Madre Mountains. When confronted by bandits posing as “Federales” (officers of the law), the Americans ask to see their badges. The original lines in the book contained profanity that was re-written in the film as “Badges? We ain’t got no badges. We don’t need no badges! I don’t have to show you any stinking badges!” 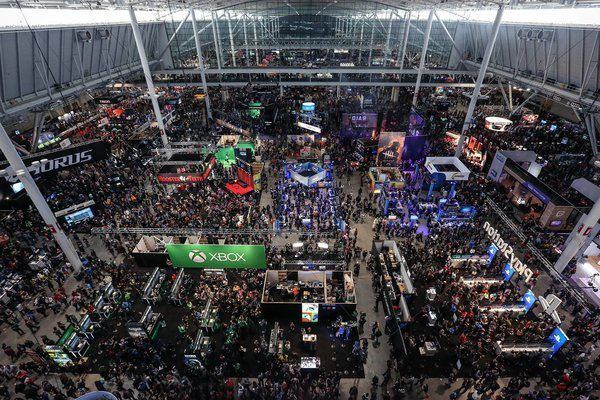 Like other events coming back after the pandemic, 2021 PAX West might not feel as grand as it would in previous years, but with that in mind, just know that we’ve renewed our focus on this, your beloved celebration of gaming, and redesigned the show to give you more ways to safely come together with the rest of the PAX community.

The original, the one that started it all, the PAX before all other PAXes. PAXii. PAXs? PAX West has games, panels, exhibitors, games, tournaments, concerts, games, indies, esports, and…games. Did we leave out games?